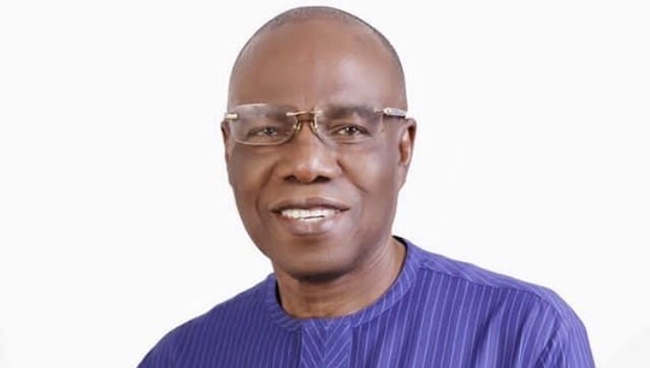 The judge gave the order while ruling on an application filed by Uba, challenging the party’s governorship primaries in the state.

The Senator listed INEC, PDP, and Valentine Ozigbo, who won the primary election by the party’s National Executive Committee, as respondents in the suit.

Justice Nwabunike also awarded N10 million damages in favour of the plaintiff as cost of litigation.

Uba had approached the court in Suit No. A/230/2021 to determine if the primary election conducted by PDP national leadership on June 26 was in compliance with the electoral guidelines.

He also sought the determination of the court on whether the Federal Capital Territory (FCT) High Court’s order on a suit filed by one Samuel Anyakorah challenging the process that produced the PDP factional Chairman in the state, Chief Ndubuisi Nwobu, had been set aside or stayed.

The aspirant asked the court to determine if the primary which produced Ozigbo through “Super Delegates” was in line with the provisions of the Electoral Act.

The judge said the court’s order which restrained PDP from conducting the primary election had neither been stayed nor set aside.

He said although PDP had its constitution and national executive, both could not be above the court’s order.

According to him, the party had not successfully vacated the extant orders before conducting the primary election.

Justice Nwabunike held that PDP erred by not clearing every legal huddle before the primary election, hence the process was in defiance of the law.

He insisted that the court’s order subsists unless until it is upturned or set aside.

The judge, therefore, resolved that the primary election which produced Uba was lawful and in accordance with the electoral guidelines.

INEC had on July 16 published the list of candidates for the Anambra election with no candidate for PDP.