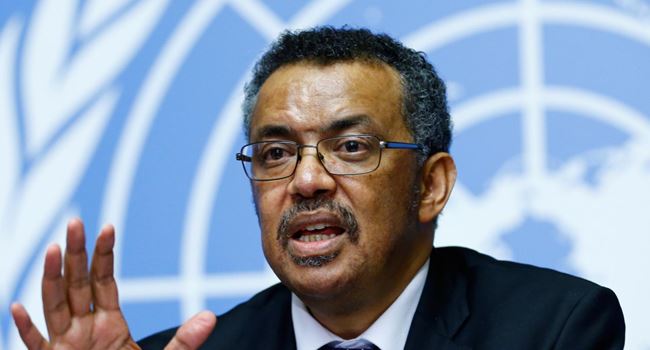 The World Health Organisation (WHO) warned against suggestions by some to just allow COVID-19 to spread in the hope of achieving so-called herd immunity, saying this was “unethical”.

The warning was issued on Monday by WHO chief Tedros Adhanom Ghebreyesus who said during a virtual press briefing that “herd immunity is a concept used for vaccination, in which a population can be protected from a certain virus if a threshold of vaccination is reached”.

“Herd immunity is achieved by protecting people from a virus, not by exposing them to it,” Tedros said.

“Never in the history of public health has herd immunity been used as a strategy for responding to an outbreak, let alone a pandemic,” he insisted, calling the strategy “scientifically and ethically problematic”.

“Allowing a dangerous virus that we don’t fully understand to run free is simply unethical. It’s not an option.”

In a related development, Donald Trump has tested negative for COVID-19 and he is not infectious to others, the White House physician has said.

“I can share with you that he tested negative, on consecutive days, using the Abbot BinaxNOW antigen card,” Sean Conley said in a White House memo released on Monday.

My village not Sambisa forest, Nnamdi Kanu says as he accuses army, police of fresh siege