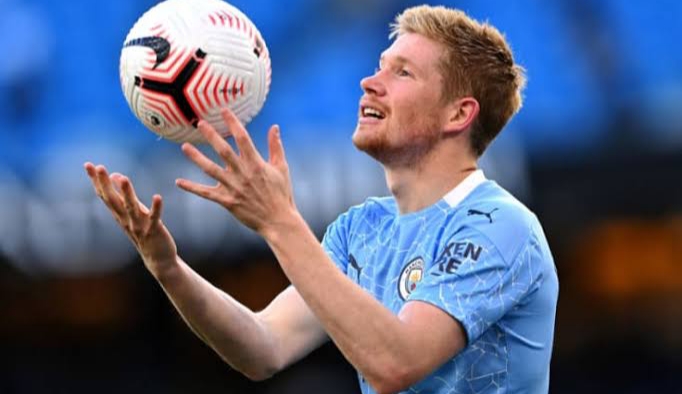 Manchester City midfielder, Kevin de Bruyne has been crowned the Premier League player of the year as he beat Liverpool’s Mohamed Salah and others to the award.

The Belgian star has scored 15 goals and registered seven assists, with City sitting at the top of the league ahead of the final day of the campaign on Sunday.

The 30-year-old was chosen after votes from the public on the Premier League website were combined with those of the 20 Premier League club captains and a panel of football experts.

“To win this award for a second time is an achievement that I am really proud of,” said De Bruyne, who also won the title in the 2019-20 season.

De Bruyne joins Thierry Henry, Cristiano Ronaldo and Nemanja Vidic in winning the player of the year award more than once.

The English star became the first player to win the prize in successive seasons.

“I’m very proud to have won for a second season in a row,” he said.

“I have been really happy with my performances this season and it has been great to contribute to this team in what will hopefully be another successful year for us all.”

City could become champions on Sunday if they beat Aston Villa at the Etihad Stadium. They would also be champions with anything short of a win if second-placed Liverpool fail to beat Wolves at Anfield.