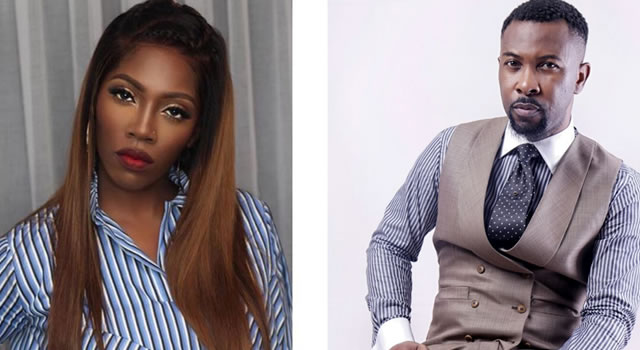 Talented songstress Tiwa Savage has sent social media into an overdrive after she shared a romantic message with fellow colleague and rapper Ruggedman on Snapchat which suggest the pair may be seeing each other.

Tiwa sent tongues wagging when she shared a post on the social media platform thanking the veteran rapper for a good time after a cosy dinner for her birthday celebration.

“Thanks for my birthday dinner Ruggedybaba You are sooooo sweet,” Tiwa wrote on Snapchat.

Her message has forced many to jump into concluding that the pair may be seeing each other especially with the fact that moves to save her marriage with Teebillz may have all but failed.

Sources cite unsolvable issues as the reason for their decision to go their separate ways after four years of marriage, with Teebillz reported to have quietly relocated to America.

Cracks started to appear in their union in 2016 when Teebillz posted disturbing messages on Instagram claiming he can no longer bottle up his emotions as things are not well with his marriage to Tiwa Savage.

Reports say the couple have decided to go their separate ways after allegedly filing for a divorce with sources also claiming that Teebillz has now found a new lover (a rich single mother of two) in the United States whom he is now dating.

Recall that Ruggedman was once involved in an infidelity rumour involving Toni Payne, the wife of singer 9ice- an allegation which eventually ended the marriage between the two entertainment personalities.

Runtown in trouble, record label slams N65m suit on him