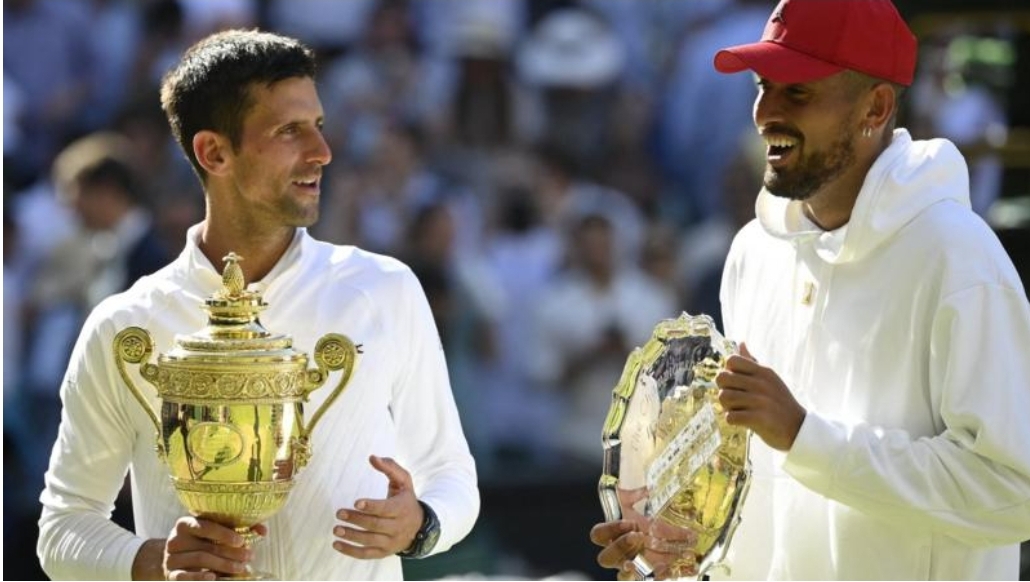 Novak Djokovic has emerged champion of Wimbledon 2022 after recovering to beat Nick Kyrgios in the final on Sunday.

Djokovic, who last won a Grand Slam in Wimbledon last year, sealed a composed and controlled fightback against Australia’s Kyrgios to win again.

It’s a fourth consecutive men’s Wimbledon singles title for the Serb, and a seventh in total.

Recall that Nadal withdrew from the semifinal game against Kyrgios due to an injury he sustained during the quarterfinal of the competition.

“It is tough to find consolation words at a moment like this but you showed why you are one of the best players in the world,” Djokovic said about Kyrgios.

“I wish you all the best. I respect you a lot and you are a phenomenal talent.

“I never thought I would say so many nice things about you! Ok, it’s official: it is a bromance.”