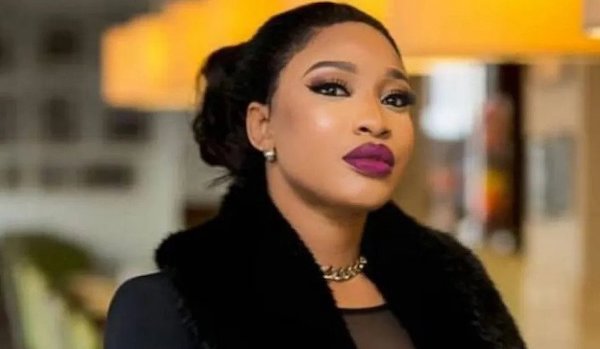 Controversial Nollywood actress, Tonto Dikeh has revealed how the pair of music producer, Don Jazzy and Teebillz (estranged hubby of Tiwa Savage) saved her from committing suicide 10-years ago.

The actress who was reacting to the video of a Nigerian, Izu, who read his suicide note before killing himself, said that suicide should never be the only option for handling depression.

In a post on her Instagram page late on Wednesday, Tonto Dikeh also added that self love is important in dealing with depression.

Tonto Dikeh wrote thus; “This was me 9/10 years ago, I’m here because I believed there was much more to life than my situation… I wanted to badly believe God DIDNT hate me, I wanted to badly stop the hurt but it just kept coming so strong.

“I knew I was ready, I mean the pain was Excruciating. Today was a perfect day to die I said. SMH God spared me, God showed me how much love he had for me that day.”

She went on thank music mogul, Don Jazzy, and talent manager, Teebillz for coming to her rescue.

“Shoutout to @teebillz323 @donjazzy for coming to my rescue, I honestly pray for you every day. Thank you can never be enough but THANK YOU,” she added.

The actress further said suicide has and will never be the answer as she advised those going through tough times hold on.

“There is always light at the end of the tunnel, I can’t over emphasize how much Self love can save you. It’s impossible to stop the bullies but you can stop the ripple effect of their bully WITH TRUE LOVE FOR ONES SELF. Suicide has never been and will never be the answer, Don’t give any situation so much power over your life,” she added.