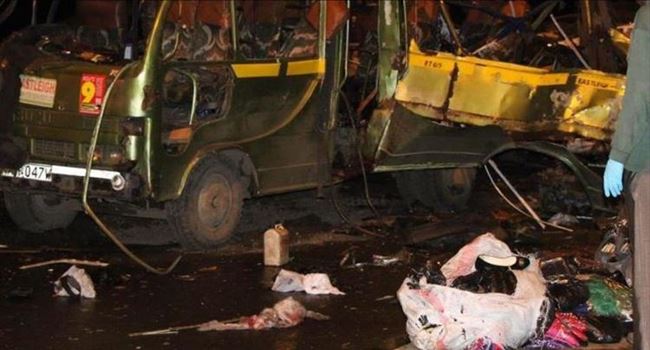 Tragedy struck in the south-western Mbanza-Ngugu area of the Democratic Republic of Congo (DRC) on Sunday when a bus carrying about a 100 passengers was involved in an accident.

The incident reportedly claimed the lives of no fewer than 31 people and left 16 others seriously wounded.

According to the administrator of Mbanza-Ngungu, Didier Nsimba, the bus’ brakes may have failed, causing the accident.

Nsimba said some of the victims’ bodies have been taken to the Sonankulu General Hospital.

Eyewitnesses say the bus flipped and caught fire while going down a mountain before it crashed heavily.