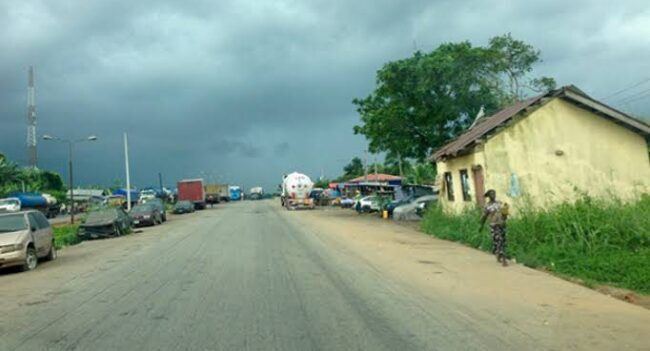 Gunmen on Saturday evening abducted a commercial bus driver and a passenger near Wasinmi Village on the Ife-Ibadan Expressway.

According to reports, policemen at a checkpoint close to the scene of the abduction were said to have engaged the gunmen in exchange of fire.

The gunmen were however said to have escaped with the driver and one passenger into the bush.

Confirming the incident, the spokesperson of Osun Police Command, Yemisi Opalola, said operatives had been deployed to the scene of the crime.

According to her, three suspects have already been arrested.