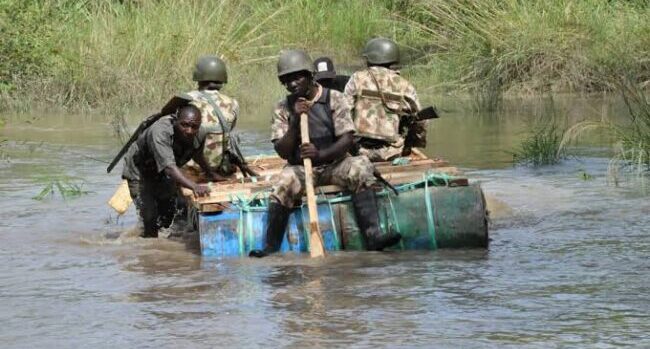 The Nigerian Army has said troops of its 6 Division, on Saturday, rescued 10 expatriate workers and four Nigerians who were kidnapped by sea pirates off the Coast of Gabon.

This was disclosed in a statement released by the Nigerian Army and signed by it’s Director of Public Relations, Brig.-Gen. Mohammed Yerima, in Abuja.

Yerima said the rescue operation was carried out successfully and without any ugly incident or casualties.

He said the rescued victims would be handed over to law enforcement agents for further profiling before they would be released to their loved ones.

Five celebrities who have welcomed babies in 2021