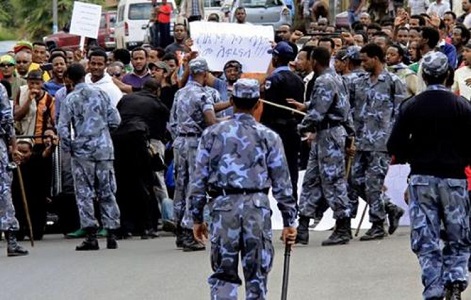 A drunk police officer was Thursday shot dead after killing two of his colleagues.

The police man shot his colleagues under the influence of alcohol in Addis Ababa, the Fana Broadcasting Corporation, a state owned media, said in a report.

The Federal Commissioner of Police, Zeynu Jemal confirmed the incident, explaining that the attacker was intoxicated at the time of the shooting.

The commissioner however did not say if the shooting vwas motivated by ethnic motivation.

Ethiopia has been engrossed lately in ethnically motivated violence.

Roads, in the central district of Bole, where the shooting took place were blocked off but things, according to reports, have returned to normal in the area.