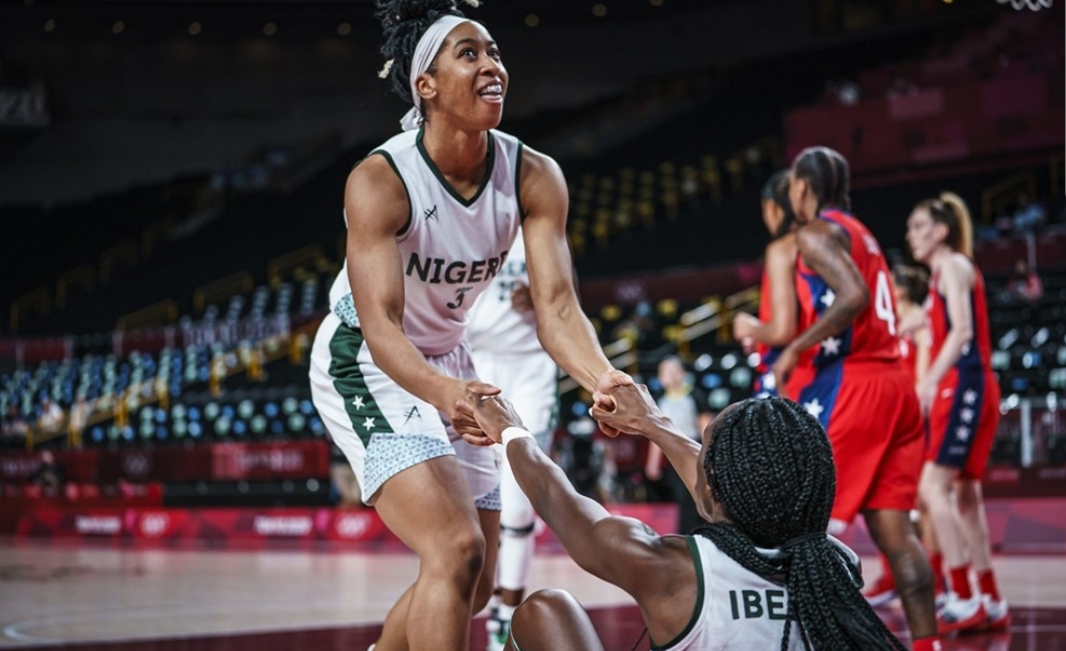 Nigeria women’s basketball team, D’Tigress have crashed out of the ongoing Tokyo Olympics after losing to Japan in their final group game on Monday morning.

The Otis Hughley team had lost their opening game against the United States and also lost to France in their second outing.

A huge win against hosts Japan would have helped the team survive as best losers, but the Nigerian Ladies could not match the pace of the Japanese on their home ground.

Team Nigeria’s hopes of winning a medal in basketball at the Tokyo Olympics have therefore come to end, as both the men and women’s teams have crashed out.

The men’s team, D’Tigers suffered same fate as the women, as they also lost all three games in the group stage – against Australia, Germany and Italy.

The Nigerian teams will now shift focus to preparing ahead of the FIBA Afrobasket tournaments billed to hold this year.

While D’Tigers will be playing at Rwanda between 24 August and 5 September in the men’s Afrobasket, D’Tigress will be competing in Cameroon between 17 and 26 September.

Related Topics:D’TigressJapanTokyo Olympics
Up Next

JUST IN: No medal for Amusan after fourth-place finish in 100mH Olympic final