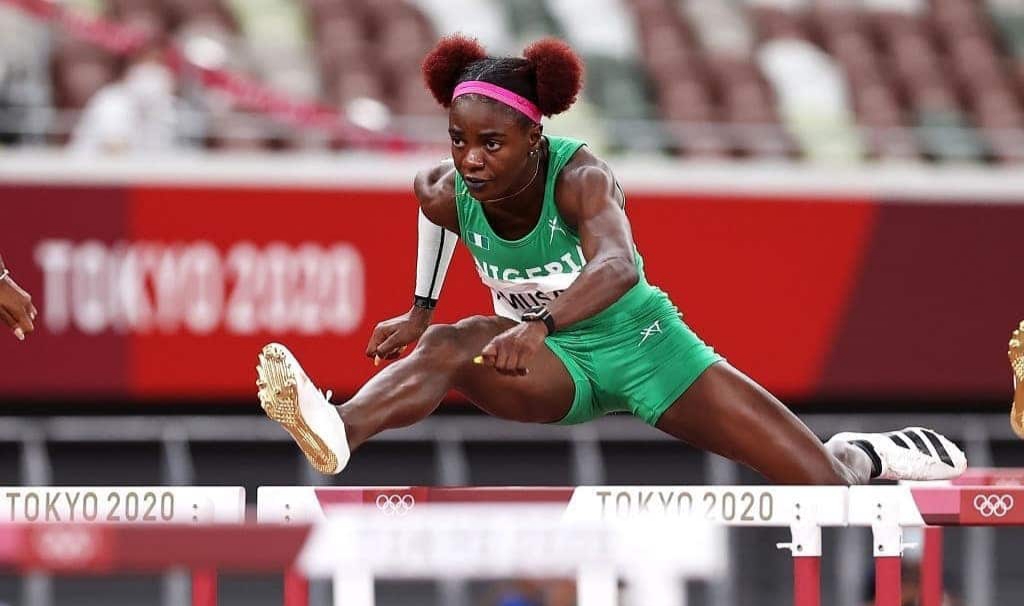 Team Nigeria missed yet another chance of winning a medal at the ongoing Tokyo Olympic Games as Tobi Amusan finished fourth in the women’s 100m hurdles final.

Amusan, who reached the final after winning her semifinal heat in 10.62 seconds on Sunday, ran 12.60 seconds in the final to finsh just outside the medal position on Monday morning.

The last time Nigeria had a representative in the women’s 100mH final at the Olympics was Sydney 2000, when Glory Alozie won the silver medal.

But Amusan narrowly missed the chance to recreate a podium finish for Nigeria in Tokyo, as all hopes now lie on long jumper, Ese Brume, who will be competing in the final of her event on Tuesday.

The women’s 100m hurdles final saw favourite Jasmine Camacho-Quinn blow away the rest of the field to convincingly win the gold medal.

She clocked a time of 12.37s to win the race, while Kendra Harrison got the Silver medal in 12.52s and Jamaica’s Megan Tapper bagged Bronze in in 12.55s.

A fourth-place finish for Amusan was another big disappointment for the athlete, who is finishing fourth for the second time at a major championship in two years, having done same at the 2019 World Championships in Doha.

The reigning African and Commonwealth champion was a bit behind before the first barrier, and although she finished strongly, it was a little too late as Tapper grabbed the Bronze some milliseconds before her.

D’Tigress lose to Japan in final group game, out of Tokyo Olympics