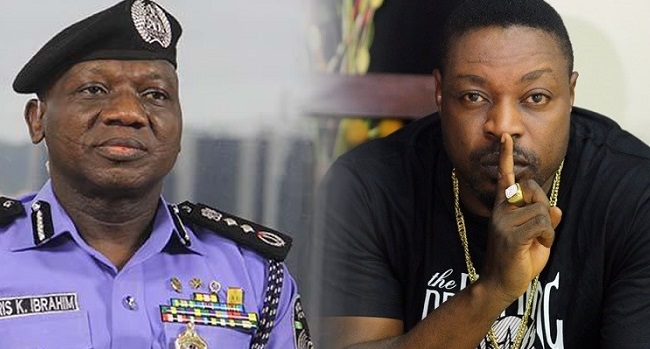 Eedris Abdulkareem took to his Instagram page to pen a cynical farewell message to the outgoing IGP welcoming him into the class of retired public office holders.

He wrote; ‘”Former IGP Idris Ibrahim, I personally welcome you to another phase of life! I congratulate you as you join the class of Retired Public Office Holders (RPOH), If you did well as the Police Boss, May Goodness follows you.

“But if you did bad because you were acting on instruction, causing untold hardship to innocent citizens, May your Retirement Age be as miserable as the lives of others you made miserable. Amen,” he added.

The comments by Eedris comes months after he lambasted President Muhammadu Buhari describing him as the “most successful fraudster” in the history of Nigeria.

Eedris alleged that Buhari was fraudulently enlisted into the Nigerian Army and gained promotion he wasn’t qualified for.

In a post on his Instagram, the veteran act claimed that Buhari truncated Nigeria’s democracy and rendered its citizens poor.

I don’t want to be like my father, Femi Kuti says