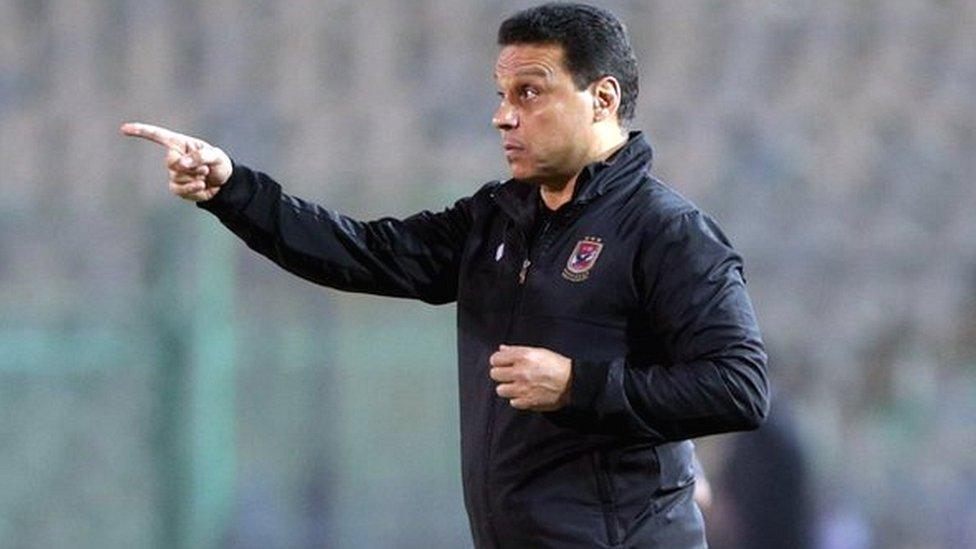 Egypt’s national football team, the Pharaohs will be looking to welcome a new head coach after Hossam El Badry has been shown the exit door.

El Badry’s sack followed their disappointing draw against Gabon in their second game of the 2022 FIFA World Cup qualifying series.

The Pharaohs rescued a 1-1 draw when equalising in the last minute, in a match where Omar Gaber was shown a red card after 71 minutes.

Recall that El Badry was appointed Egypt coach in 2019 after the sack of Javier Aguirre after the AFCON, and has not lost a game since taking charge.

He won six games and drew four in the ten games he was in charge.

Egypt are currently top of Group F with four points but Libya can move two points above them if they beat Angola on Tuesday.

“The EFA would like to thank Hossam El-Badry and his technical staff for the work they have done for the national team,” Egypt’s football association said.

“We wish them good luck and fortune in their future career. And the EFA will decide the new technical staff for the national team during the next 48 hours.”