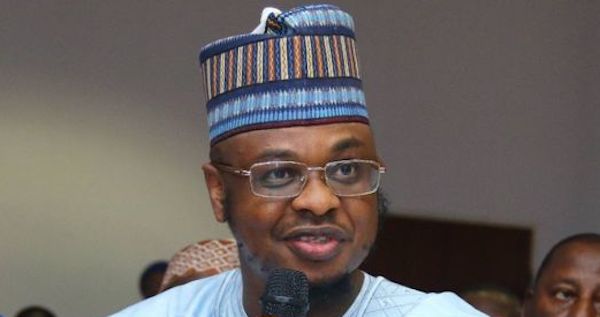 The calls for the resignation of the Minister of Communications and Digital Economy, Isa Pantami, continue to dominate the airwaves with an #EndSARS campaigner, Rinu Oduala, suggesting an account freeze.

Rinu, who made this call via a tweet on Thursday, stated that the Central Bank of Nigeria (CBN) ought to freeze the bank accounts of Pantami, over his past controversial comments supporting the activities of terrorist groups including Taliban and Al-Qaeda.

Ripples Nigeria had reported that Pantami denounced his past rhetorics, claiming he was younger and now a changed man.

Read also: I have a right to demand for a better Nigeria –Rinu, #EndSARS campaigner

Nonetheless, the agitations for his removal have been unanimous amongst the majority of Nigerians and political analysts.

Rinu had queried the CBN governor in her tweet, “Godwin Emefiele, when are you going to freeze the bank accounts of Isa Pantami?”

The background of Rinu’s tweet can be understood from an ex parte order obtained by the CBN which froze the accounts of Oduala and 19 other persons due to their roles in the #EndSARS protests against police brutality and extrajudicial killings.

Related Topics:PantamiRinu oduala
Up Next