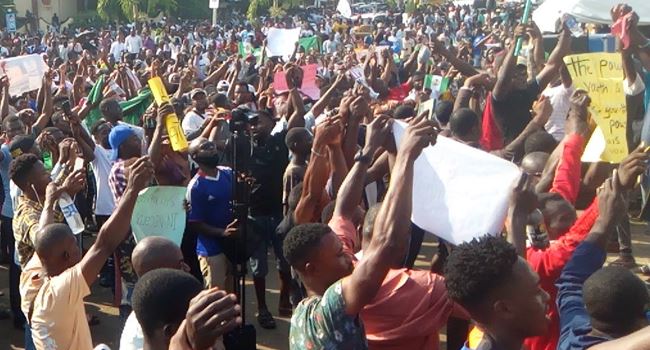 The Nigerian Insurers Association (NIA) has revealed that insurance companies have paid over N5 billion in claims to businesses affected by the aftermath of the EndSARS protest which was later taken over by hoodlums.

Ganiyu Musa, revealed this at his investiture as the 24th Chairman of the NIA in Lagos.

According to him, if all claims with insurance operators are completed the estimated cost to the insurance industry will be over N20 billion in claims and handling expenses.

“At the moment, N5 billion claims have been paid, while a lot more are being processed and adjusted,” Musa said

“At the latest count, over 2,000 insured firms were affected, and the industry has settled at least N5 billion in respect of the #EndSARS protests,” he said.

Insurance companies, he noted, are committed to completing the outstanding real payment as soon as the documentation is finalized.

Musa in his address also promised to refocus the NIA to win support and respect from all stakeholders in Nigeria economy, particularly the executive and legislative arms of government.

“We will also work with all stakeholders to ensure the passage of the consolidated insurance bill and working with his predecessors in office to move the Association to the next level.”

Musa also stated that he intends to improve the relationship between NIA and its regulatory agencies, including the National Insurance Commission (NAICOM), Central Bank of Nigeria (CBN), Securities and Exchange Commission (SEC), and National Pension Commission (PenCom); as well as collaborate with other bodies in the trade industry to deepen insurance penetration in Nigeria.