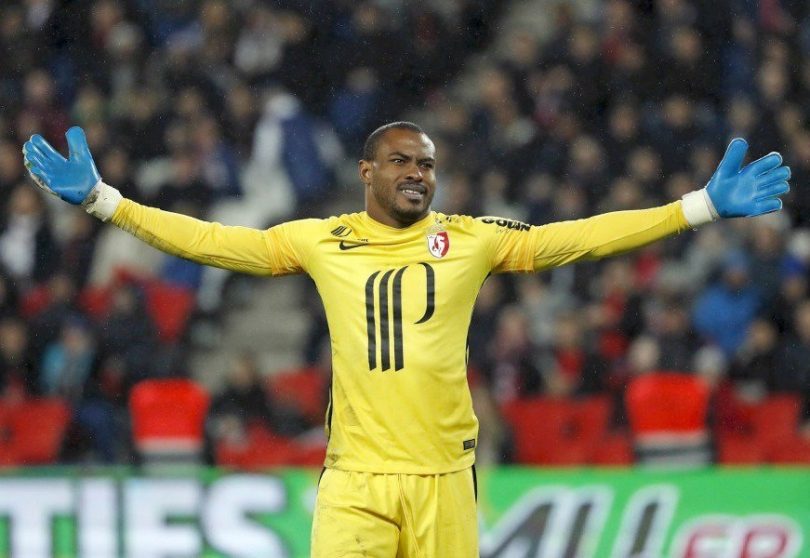 Former Lille and Super Eagles goalkeeper, Vincent Enyeama has returned to the sport after a long layoff due to injury.

The 36-year-old shot-stopper, who last played at French Ligue 2 side AJ Auxerre, has been suffering from a knee injury for close to a year.

He is set to begin trials with French Ligue 1 club, Dijon FCO, today (Friday) as he looks forward to earning a contract.

According to reports, the trial period will end next Wednesday, when the club is expected to make a decision on whether or not to hand him a contract.

Read Also: ‘Happy to be back home’ – Kluivert takes up job at Barcelona

Enyeama, who is the most capped Super Eagles player in history with 101 appearances, has not had it good with his career lately.

He was forced out of Lille by then handler of the Ligue 1 side, Marcelo Bielsa who deemed him surplus to requirements.