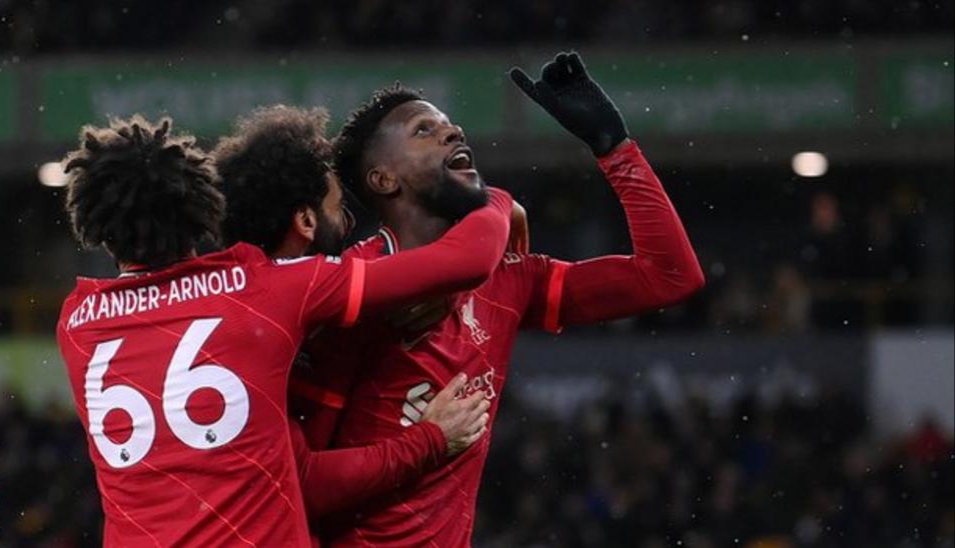 Liverpool have leapfrogged Chelsea to assume leaders of the Premier League after they clinched a 1-0 victory over Wolves on Saturday.

The Reds went top after substitute Divock Origi scored a last-minute winner to sink their hosts at Molineux.

Liverpool began the weekend on the third spot in the Premier League table, but could also end the weekend on second spot if Manchester City win against Watford later in the day.

Chelsea lost their hold to the top following a 3-2 defeat at West Ham earlier in the day.

Elsewhere, Newcastle United defeated fellow strugglers Burnley to clinch their first league win since the start of the season.

Callum Wilson scored the only goal of the game in the 40th minute as the Eddie Howe side held on to win and move up to 19th in the table, level on 10 points with bottom club Norwich and 18th-placed Burnley.

In another Premier League encounter played concurrently, Brighton put up a superb performance to fight back against Southampton and seal a 1-1 draw away from home.

Related Topics:LiverpoolNewcastle UnitedPremier League
Up Next