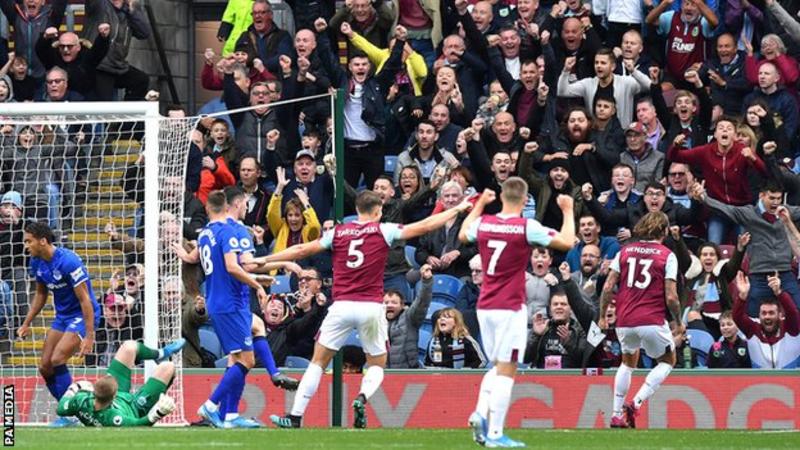 Super Eagles stars, Wilfred Ndidi and Alex Iwobi both suffered defeats with their teams in the Premier League on Saturday.

Ndidi starred for Leicester in the Foxes’ 2-1 defeat to Liverpool at Anfield while Iwobi failed to rescue Everton in their 1-0 loss at Burnley.

Leicester thought they were going away with a point when a last-minute penalty salvaged all three points for Liverpool.

With the win, the Premier League leaders maintained a 100% start to the season and stand eight points clear at the top of the table.

At Turf Moore, it was Jeff Hendrick’s splendid volley that ensured vitory for Burnley.

The hosts punished 10-man Everton with the sole goal and further increased the pressure on beleaguered Toffees manager Marco Silva.

In the other Premier League games played concurrently, Norwich were beaten 1-5 at home by Aston Villa, Watford played a goalless draw with Sheffield United while Crystal Palace picked up a 2-1 victory over West Ham later on Saturday.