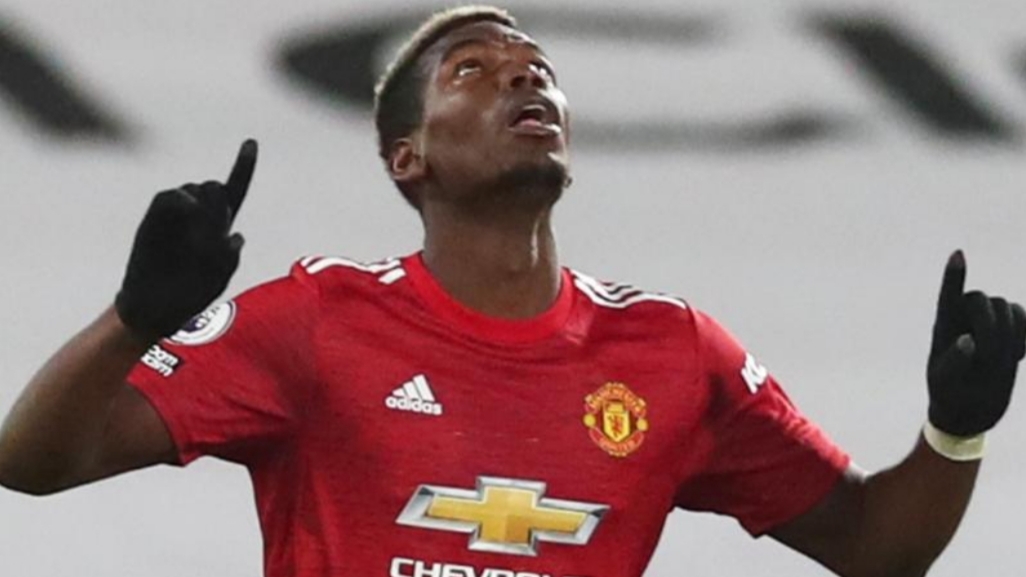 Paul Pogba scored the winner for Manchester United in their Premier League clash against Fulham on Wednesday night.

The France international scored in the 65th minute to seal a 2-1 victory after Edinson Cavani had scored in the 21st minute to cancel Ademola Lookman’s 6th-minute opener for Fulham.

Super Eagles defender, Ola Aina was in action for 83 minutes, but could not help the hosts fight off the visiting Red Devils.

The win for United takes them at the summit of the league table, above rivals Manchester City, who had climbed top earlier in the day with win over Aston Villa.

The race for the top spot in the Premier League has been tough, with four teams going top and dropping points among themselves.

Leicester City started the day at the top of the League, but dropped to third as the table had seen two new leaders before the end of the day.

As it stands, United are top, City, second, Leicester on third spot while Liverpool, who play Fulham on Thursday, are on fourth spot.