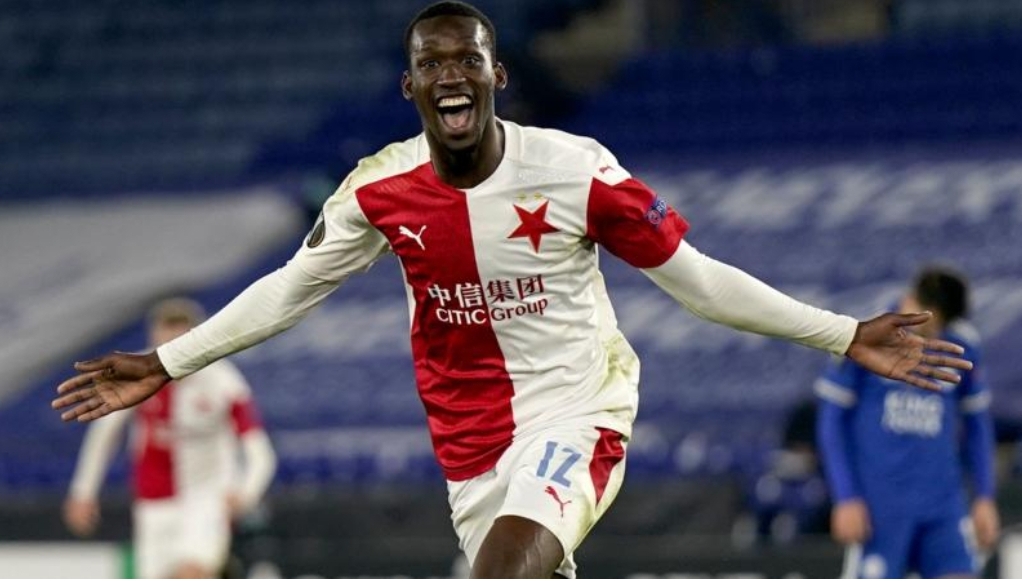 Super Eagles midfielder, Wilfred Ndidi was in action for Leicester City in their home defeat to Slavia Prague in the Europa League on Thursday night.

Leicester were beaten 2-0 courtesy of second-half goals by Lukas Provod and Abdallah Sima at the King Power Stadium, which knocks them out of the competition.

Nigerian forward, Oladeji Olayinka was involved in the second goal as his side cruised past the Foxes into the last-16 stage.

Leicester had held the Czech Republic club to a goalless draw in the first leg last week and were hoping to harness the advantage of their home ground today, but got stunned.

Also stunned in a similar manner, were Belgian side Club Brugge, who lost 1-0 at home to Dynamo Kyiv despite playing a 1-1 draw in the first leg. Kyiv are through.

At Old Trafford, Manchester United were held to a goalless draw in the second leg clash by Real Sociedad.

The Red Devils are however through to the next round having won the first leg of the tie 4-0.

Serie A club AC Milan also sealed qualification for the next stage despite a 1-1 draw with visiting Red Star Brigade. Both sides had played 2-2 in the first leg, which sees Milan advance on away goals.

AS Roma are also through to the next round after beating Sporting Braga 3-1, sealing a 5-1 aggregate win.

German giants Bayer Leverkusen suffered a shock 2-0 defeat at home to Young Boys, who scaled through with a 6-3 aggregate victory.

The round-of-16 draw will be conducted Friday.