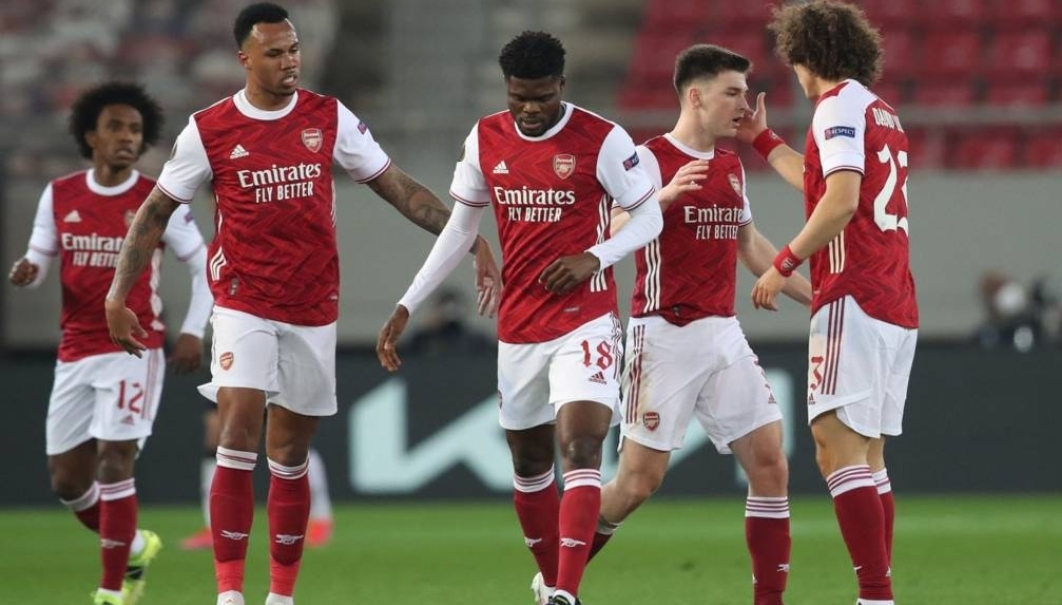 A late goal by Pierre-Emerick Aubameyang turned out to be all that Arsrnal needed to defeat Benfica in the second leg of their Europa League last-32 tie.

Aubameyang bagged a brace to emerge as the Gunners hero of the night as they fought back to win 3-2 over their Portuguese visitors.

Arsenal needed a win at the Emirates to go through, having been held to a 1-1 draw in the first leg last week.

The Mikel Arteta side deservedly took the lead in the 21st minute with Bukoya Saka assisting Aubameyang, but Benfica drew level before halftime through Cupido Goncalves.

The visitors took the lead for the first time in the game when Ferreira Silva scored on the hour mark, requiring Arsenal to score two goals if they are to continue in the competition.

Kieran Tierney was then assisted by Willian in the 67th minute to make it 2-2, before Saka, again, sent a cross in for Aubameyang to head into the net and seal victory.

In other Europa League clashes played concurrently, Villareal defeated RB Salzburg 2-1 to win the tie 4-1 on aggregate; Ajax also went through after beating Lille 2-1, that is 4-2 on aggregate.

In Scotland, Rangers played another exciting thriller with Royal Antwerp, winning the game 5-2 – and 9-5 on aggregate- to advance to the round of 16.

Elswhere, Serie A giants, Napoli were knocked out of the competition despite winning 2-1 against Granada in the second leg. The Spanish side went through by winnin 3-2 on aggregate, having won the first leg 2-0.