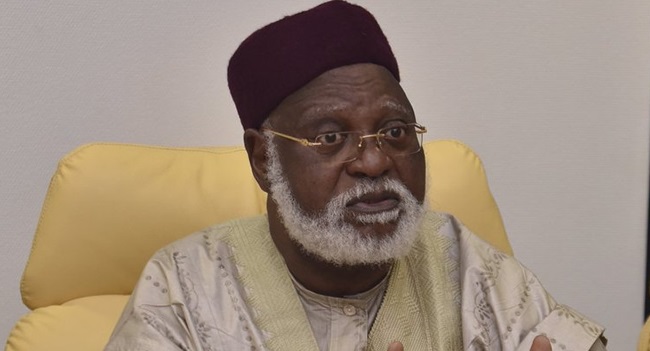 The trio spoke in Minna, the Niger State capital, at the opening ceremony of a training of magistrates and District Court judges of the state.

On the part of Tambuwal, he said granting full autonomy to the judiciary was the only way in which war against corruption could be won.

He added that the independence of the Judiciary is paramount to the administration of justice and development in Nigeria.

“We should not expect our magistrates moving around and looking for help from wherever and expect them to administer justice without some kind of bias. For us to ensure that we have a corrupt-free Judiciary, there is need for us to do the needful.

“The Judiciary is the last hope of the common man and we just have to do everything humanly possible, as leaders, to ensure that the Judiciary is fairly treated. If we do not give them training and funding, we should not expect them to perform magic because they are not magicians,” he said.

Abubakar, the former head of state, said the Judiciary should be given better encouragement with good welfare and others.

He said: “People need to be well trained to dispense justice because without justice, there will be no peace and what we need is peace in this country.

“I add my voice to that of Sokoto State governor that the judicial workforce needs to be encouraged in terms of welfare and uplifting working conditions,” he said.

Governor Bello in his speech, maintained that he had granted the state Judiciary financial autonomy to make it independent in the dispensation of justice.

The governor said the financial autonomy had enhanced the rehabilitation of some magistrates’ and Sharia courts across the state.

Niger State Chief Justice (CJ) Aliyu Mayaki said the tier-four courts in the judicial system are closer to the people and are more accessible.

“These courts, being courts of summary jurisdictions, handle larger percentage of criminal cases in our state. Decisions emanating from these courts affect the security, peace, harmony and stability of the community they operate in.”

BAYELSA GUBER: Dickson vows not to support aspirants outside his PDP Restoration Caucus