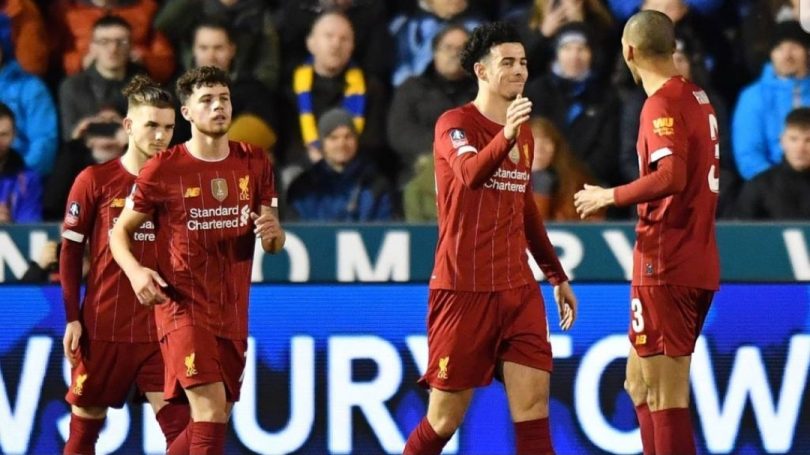 Premier League leaders, Liverpool will have to replay their fourth round clash of the English FA Cup after they were held by Shrewsbury on Sunday.

The Reds squandered a two-goal lead as Shrewsbury came from behind to draw the English giants 2-2.

18-year-old Curtis Jones had put Liverpool in front before Donald Love’s own goal doubled their lead just after the break.

League One side Shrewsbury fought back in the second half as substitute Jason Cummings scored two goals in the 65th minute through a penalty and in the 75th minute to force Liverpool to a replay.

Liverpool sent on Mohamed Salah and Roberto Firmino in search of a winner but Shrewsbury hung on to earn a deserved replay.

Earlier in the day, Manchester City and Manchester United also eased through to the fifth round of the competition.

Goals from Ilkay Gundogan (penalty), Bernardo Silva and a double from Gabriel Jesus were enough to send Pep Guardiola side through.

The Red Devils, on their part, thrashed Tranmere 6-0 to go through.