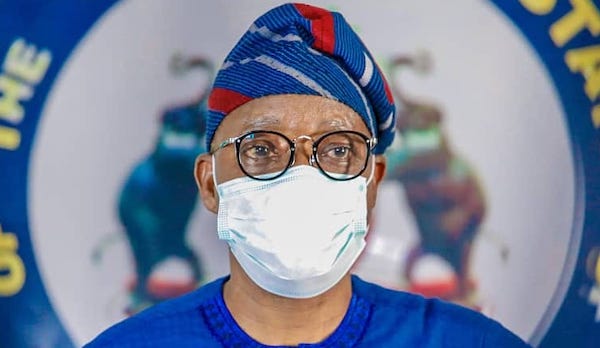 The Osun State Government on Tuesday went a step further in its attempts at enforcing the use of face mask by residents, when scores of violators were arrested in Osogbo and shown videos of isolation centres.

The arrests were made by the COVID-19 Joint Task Force on the order of the state government.

The JTF men, which was led by the Special Adviser to the state Governor on Security, Abiodun Ige, arrested many residents, especially those in public vehicles and motorcycles.

Those arrested were taken to Salvation Army Middle School, Alekuwodo, where they were shown videos of COVID-19 patients that were being treated in isolation centres.

Expectedly, many residents who had left home without face mask rushed to buy from the roadsides to avoid being arrested.

Ige, who spoke on the rationale behind the state government’s action, said the exercise was meant to enforce compliance with COVID-19 guidelines.

COVID-19 is not a joke, Wase warns Reps