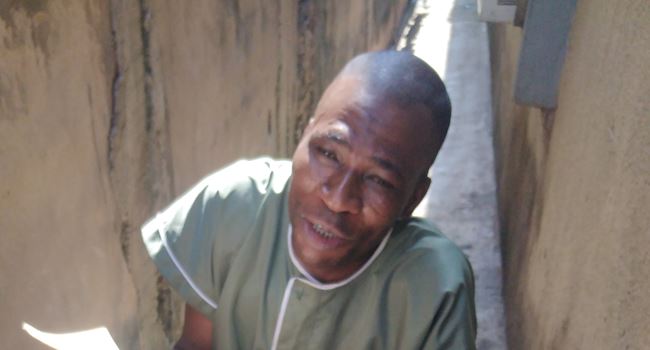 The family of a teenager who was allegedly sexually assaulted by a Lagos-based Islamic cleric has withdrawn the case.

The case was withdrawn due to several pleas from the family and colleagues of the Islamic cleric, alias Alfa, the victim’s brother, Sodiq Okunola said.

Ripples Nigeria had earlier reported how Alfa allegedly attempted to rape the 14-year-old victim after tricking her into his one-room apartment in Ijesha, Surulere Local Government Area of Lagos.

Although, the 45-year-old cleric who offered N200 to the victim did not deny attempting to have canal knowledge of the teenager when confronted by this reporter, he claimed he “likes” her and intend to marry her.

Recounting her ordeal, the victim who is yet to complete her junior secondary education said Alfa sent for her in the morning while she was getting ready for school and she obliged him. But on getting there he offered her N200 and grabbed her and tried to kiss her, but she pushed him away and ran out of his apartment.

According to the teenager, “while, I was in my grandma’s house, Mubarak (a neighbour) came to call me that Baba Suliya is calling me, then when I reached there, he asked if I went to work yesterday, then I said yes. He asked which class am I, then I said JSS 3. He said that I am almost done and I said yes. He then said I am even mature, hugged me (she gestured with her hands) and gave me N200 and wanted to kiss me, then I pushed him away and ran out.”

A human right lawyer and founder of Stop the Abuse Against Women and Children Foundation, Barrister Toyin Taiwo-Ojo said the accused will be charged for an attempt to commit rape.

She said it is a felony that attracts 14 years imprisonment with or without caning according to Section 359 of the criminal code which applies to Southern states of the country.

Three men in court for alleged assault on police officer