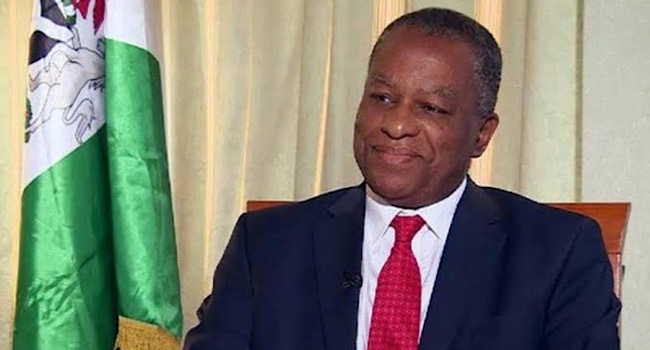 The Minister of Foreign Affairs, Geoffrey Onyeama, has stated that the President of Benin Republic, Patrice Talon, expressed readiness of his country to be part of Nigeria.

Onyeama made this revelation on Friday, February 19, after a closed-door meeting with Beninoise Minister of Foreign Affairs and Cooperation, Aurélien Agbenonci.

According to the minister, the Beninoise president gave the offer when he visited President Muhammadu Buhari, a few weeks back.

“The President of Benin said as far as they are concerned, they want (not just saying it like that) but in reality, Benin should be the 37th state of Nigeria,” he said.

“We should really be one. They charged us to come together at ministerial level, to work out a framework for a sustainable relationship.”

Onyeama said at the visit, both presidents discussed agreements between the two countries on how to put the issue of smuggling to an end, once and for all, as a follow-up to the presidents’ meeting.

Ripples Nigeria had reported how Onyeama has called on the newly appointed envoys to have zero tolerance for corruption and impunity.

Onyeama made the call on Tuesday in Abuja during the opening of the three-day induction for Ambassadors-Designate, Consul-General, and Charge d’ Affaires.

He said the call to shun corruption should be taken seriously as the House of Representatives “is beaming the searchlight on the ministry and the missions following negative perceptions’’.

He said that as representatives of President Muhammadu Buhari, they should promote Nigeria’s national interest and image in their countries of deployment.

He further urged them to leverage the foreign policy thrust already built by Buhari, which had improved Nigeria’s relations with all countries and getting the required support from them.