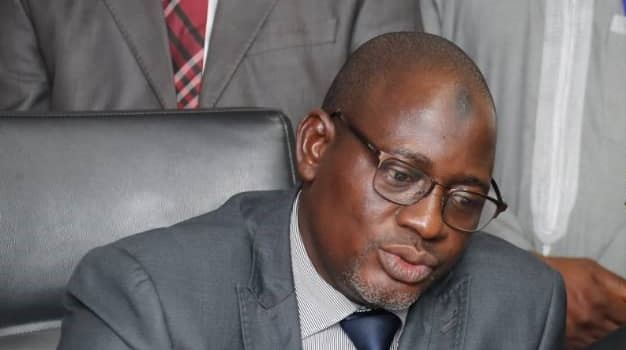 The arguement of which government agency is in charge of collecting stamp duty charges has continued as the Federal Inland Revenue Service (FIRS) has again claimed right to the charges.

FIRS executive chairman, Muhammad Nami, in a statement on Tuesday, said the the agency he heads is in charge of collecting stamp duty and not the Nigeria Postal Service (NIPOST) as widely reported last week.

There had been public disagreements between FIRS and NIPOST over the agency with the legal right to collect stamp duties. Both agencies had laid claim to it via their pages on the social media platform, Twitter, in the third quarter of 2020.

NIPOST was previously the collector, but confusion over whose responsibility it is to collect the stamp duties rose in 2013, after which it was reportedly resolved that NIPOST is statutory-bound to be the receiver.

But the disagreement became intense in 2019, when NIPOST workers protested against Minister of Finance, Zainab Ahmed, over her role in the stamp duties issue. FIRS is an agency under the Ministry of Finance.

The issue again made headlines when the Minister of Communications and Digital Economy, Isa Pantami, stated on March 11, 2021, that NIPOST, an agency under his ministry, was the only agency with the legal right to produce stamp duties in line with the 2020 Finance Act.

His comment had created an impression that NIPOST had been appointed as collector of stamp duties, but Nami said NIPOST was only charged with the responsibility of producing stamp, not collecting stamp duties.

Nami said Pantami was misquoted, “The speech attributed to the honourable minister was definitely, and unfortunately, quoted out-of-context.

“For the record, the honourable minister merely stated that NIPOST would henceforth produce the adhesive stamps required by FIRS to denote stamp duties. This position is in line with section 2 of the Stamp Duties Act (as amended by section 46 of the Finance Act 2020).

“The FIRS remains the only federal agency permitted by law to collect stamp duties on behalf of the Federal Government of Nigeria.”

Related Topics:#featuredFIRSNIPOSTstamp duties collection
Up Next