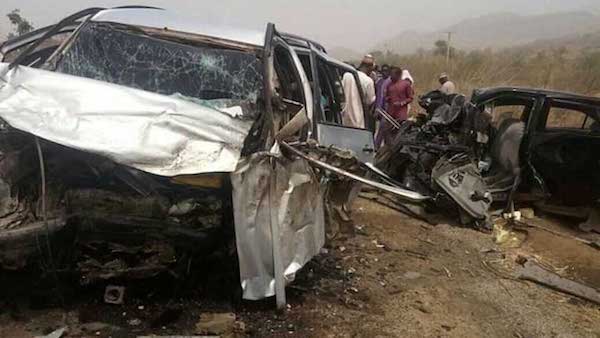 The spokesman of the state police command, SP Asinim Butswat, who confirmed the incident in a statement on Friday, said the accident involved a Toyota Venza with Reg. N0. KMK 617 BY and two Tricycles with Reg. No. NSK 073 QH and LND 223 QH.

He said: “Five corpses were evacuated from the scene and three of them have been identified.

“The other two corpses are a middle-aged man and a woman.

“One of the victims has also been identified as a staff of the popular hangout in Yenagoa, Asters and a student of the State-owned Niger Delta University Amassoma.”

Butswat added that police operatives are on the trail of the driver of the Toyota Venza, Augusta Nyoun, who fled from the scene of the accident.

“The police operatives have launched a manhunt for the woman who drove the Venza for possible culpable homicide.

Mother, son, three others arraigned for internet fraud in Kaduna