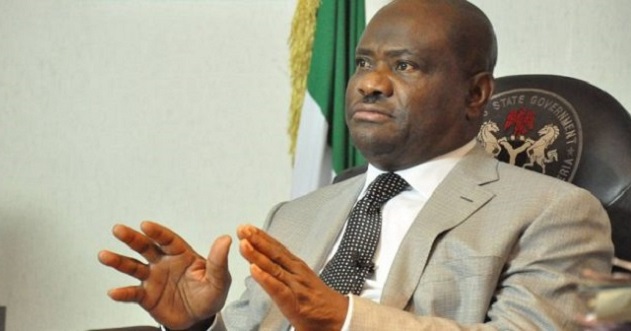 Rivers State Governor, Nyesom Wike, says he has forgiven those who wronged him during the recently concluded general elections in Rivers State and prayed those he wronged to equally forgive him.

The 2019 general elections in Rivers were marred by all manner of irregularities with many citizens of the state losing their lives owing to violence during the polls.

The governor who went for a family thanksgiving at the Salvation Ministry Headquarters in Port Harcourt on Palm Sunday, to appreciate God for his eventual victory, declared that nobody won the election but the people of the state.

He said, “Nobody has won and nobody has lost the elections. But Rivers State has won.

“I forgive anyone that has wronged me and I also ask for forgiveness from those that I have wronged.”

He added, “We have come here to give God thanks because he is so faithful to us. We have come to thank God for the fight he fought on our behalf.

“It is only God who can fight for us. We have no power of our own to fight.”

The presiding Pastor of Salvation Ministry, Pastor David Ibiyeomie, speaking during the service asked God to receive Wike’s thanksgiving and bless him.

According to him, the Special Thanksgiving, God will perfect everything that concerns Governor Wike and his family.