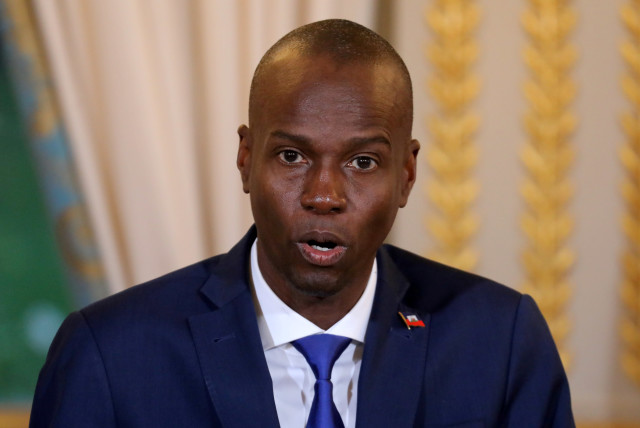 Jamaican authorities said its police have arrested a former Haitian senator, John Joel Joseph, who is a key suspect in the murder of Haitian President Jovenel Moise, in July, 2022.

Jamaica Constabulary Force spokesman Dennis Brooks, told newsmen on Sunday that Joseph, a well-known Haitian politician named by the authorities as a suspect in Moise’s killing, was arrested in a hideout on Friday.

Though Brooks did not comment on whether the arrest was following a request by the US Federal Bureau of Investigation, which is also investigating the murder, but added that the Jamaican police authorities were trying to determine whether some other people were also arrested along with Joseph were family members or associates.

Former Minister of Foreign Affairs, Claude Joseph, who briefly served as interim Prime Minister following Moise’s killing, welcomed Joseph’s arrest, saying there was no hiding place for anyone connected with the assassination of Moise.

READ ALSO: Colombian arraigned in US for alleged involvement in Haitian President’s murder

“The arrest of John Joel Joseph shows that there will be no hiding place for those who are directly or indirectly involved in the assassination,” he wrote on Twitter.

The assassins, armed with assault rifles, had stormed Moise’s private residence in Port-au-Prince on July 7 and shot him dead, leading to a major manhunt and investigations across several countries in Latin America and the Caribbean.

Taliban promises all Afghan girls will be in schools soon