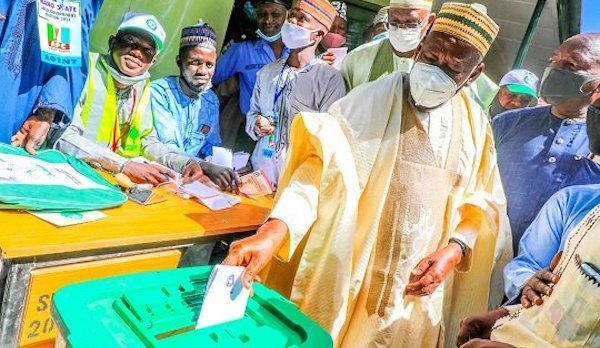 The governor, who spoke with journalists after casting his vote at Ward 008 in his hometown, expressed confidence that the All Progressives Congress (APC) would win the election.

He said: “The election is highly impressive. You can see how people turned out to vote and it is peaceful. This shows that the election was accepted by all the people of Kano State.

“This election gives us confidence especially as we don’t believe in a caretaker committee to be managing the local councils Therefore, we must have elected officials to manage the affairs of our 44 local council areas.

“That is why we decided to conduct this election at the local council level after the end of tenure for those elected three years ago.

“Our expectation is that we will win all the 44 local council areas and the 484 councillors through the ballot box and not through intimidation.

“The message to the people is that they vote the people that they have confidence in and we assure them that those they vote for will work for them. It is a kind of franchise they are not being marginalised and they will get their dividend of democracy.”