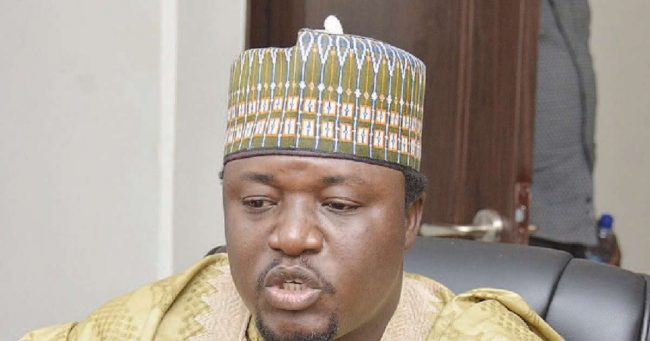 The Arewa Youth Consultative Forum (AYCF) has knocked the alleged endorsement of the presidential ambition of former Lagos State governor, Asiwaju Bola Ahmed Tinubu by Governor Abdullahi Ganduje of Kano State, saying the endorsement does not have the backing of the North.

Ganduje had, while inaugurating the state chapter of the Tinubu campaign organisation in Kano last week, said the North would back the presidential aspiration of the National Leader of the All Progressives Congress (APC).

The Governor had also noted that since Tinubu had supported President Muhammadu Buhari into getting to power, then the entire North would back his ambition in 2023.

However, while reacting to the endorsement, the National President of AYCF, Yerima Shettima, said Ganduje “was not speaking for the entire North when he backed Tinubu’s presidential ambition, because the North is not Lagos.”

In a statement on Sunday after a press conference in Kaduna, Shettima, said “Ganduje can’t speak for the entire region in his endorsement of Tinubu.”

“Ganduje is entitled to his opinion, and probably he is just waking up from his dream. This is an expensive joke, and he knows it’s not true,” Yerima said.

“Most of these guys believe that they can wake up and continue doing the same old things as regards politics; they believe that it’s what it was in the past.

“We know what happened and how he survived being a governor of Kano apart from the advantage of the incumbency from the ruling party that came together to work and ensure that they find a soft landing for him to get to where he is.

“So for this, he cannot be said to be speaking for the North. Lagos is different from the North.

“I wouldn’t blame him because most of them know that they are going into compulsory retirement in politics, so they can go to any length to say something that would ensure they remain politically relevant.

“But you and I know that what he said is not true. We know how he managed the situation during Asiwaju’s birthday in Kano; we know what happened at the State House.

“Anybody can say anything today, but we all know it’s all about their personal interest, it’s not about talking; the election is around the corner. Let them prove to Nigerians how popular they are among their constituencies.”

I will quit politics than spill blood – Uzodinma