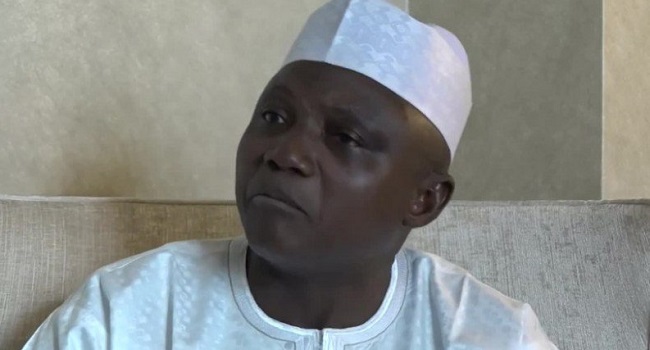 The Senior Special Assistant (SSA) to President Muhammadu Buhari on Media and Publicity, Garba Shehu on Sunday responded to the recent attack on a journalist by a former Aviation Minister, Femi Fani-Kayode.

Shehu told the former minister that there could only be a stupid response in journalism and no stupid question.

Fani-Kayode, who is known for using abusive language against leaders, recently attacked a journalist in Calabar, Cross River State for asking him to reveal those behind his trips to some states, especially those controlled by his party, the Peoples Democratic Party (PDP).

Not happy with the question, Fani-Kayode said the journalist did not only ask a stupid question but also appeared stupid.

“In journalism 101, you learn that there is no stupid question, only stupid answers. A former Nigerian minister just brought home this lesson.”

Meanwhile, Fani-Kayode has since apologised for his action after he was attacked by the Nigerian Union of Journalists (NUJ), Amnesty International among other groups and individuals. 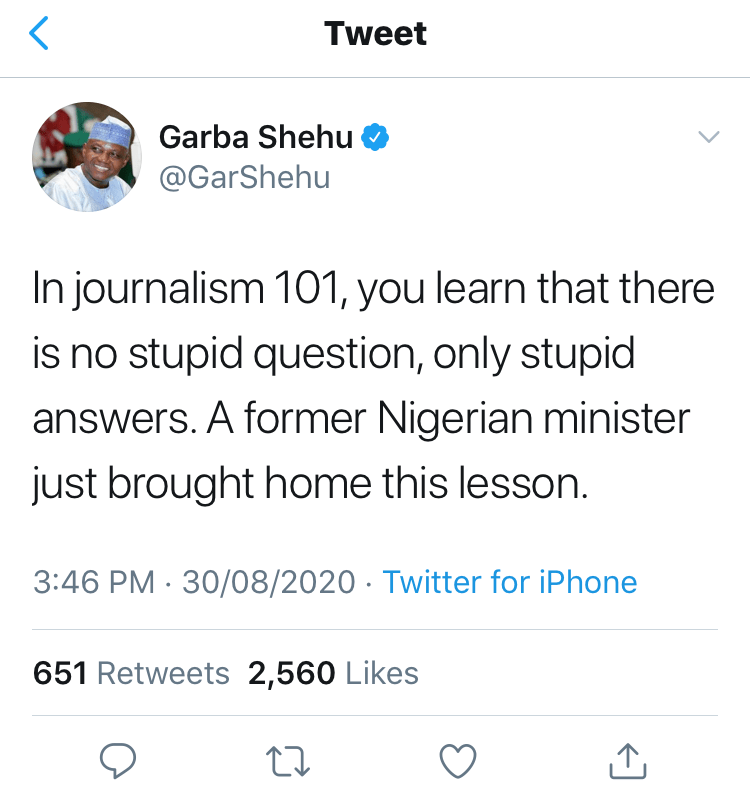