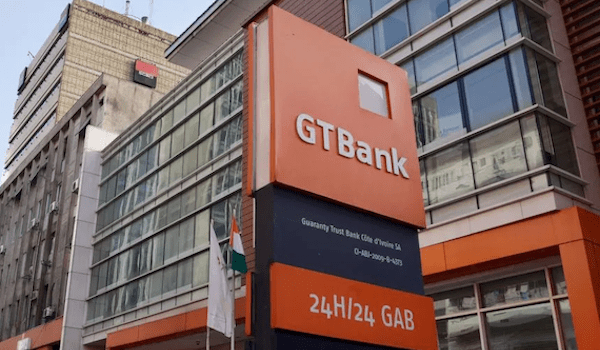 Guaranty Trust Bank Plc has reported a marginal drop of 3.2% in profit after tax for the nine-month period to September 2020, compared to the corresponding period of 2019, with higher loan impairment charges and soaring operational costs hurting earnings.

The publication on Thursday of GTB’s unaudited group financial statements on the website of the Nigerian Stock Exchange (NSE) made the lender the first of the country’s “Big five” banks to issue its nine-month financial report for the period.

“The containment measures implemented against the COVID-19 pandemic such as lockdowns, travel restrictions, closure of non-essential businesses, and skeletal service operations impacted economic activities during the period ended September 2020,” GTB said in the document.

On the expenditure side, depreciation and amortisation soared by 40 percent while other operating expenses jumped by 9.92 percent.

GTB recently got the consent of the Central Bank to transform to a holding company, an arrangement that will enable the bank and all its subsidiaries to pool their assets and shares together as a single entity controlled by a parent company.

Getting a Grip on Holding Companies

A holding company owns several other companies and oversees their operations but exists solely to operate those.

On December 4, the scheme will proceed to the next phase when shareholders’ approval will be sought.

The bank’s earnings per share are N6.89 while its price-to-earnings ratio is 5.19 at the close of trade on Thursday.