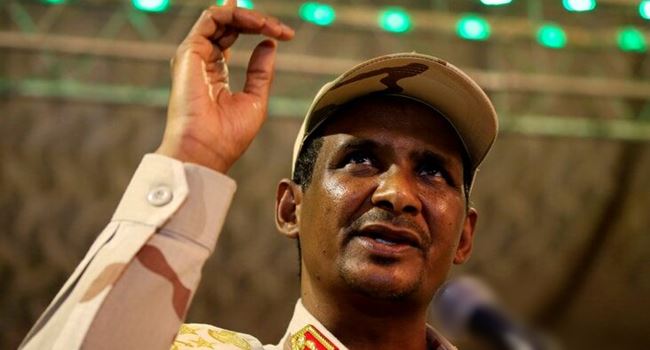 Peace may once more reign in Sudan after months of unrest as key military leader Mohamed Hamdan “Hemeti” Dagolo has promised to abide by a power-sharing agreement.

Regarded as Sudan’s “most powerful man”, Hemeti made the pledge with the opposition in a BBC interview as the two sides prepared to sign the landmark deal later on Saturday.

“We will stick to every single letter we have agreed on,” Hemeti told the BBC’s Zenab Badawi.

READ ALSO: Iran & Israel engage in war of words, threaten to attack each other

“Even without the agreement we [would] have to work in this direction because it’s in the country’s interest,” he added. “Therefore we have to carry out the agreement, stick to it and support it.”

The power-sharing agreement aim is to end months of unrest and pave the way for civilian rule after an eruption of pro-democracy protests and violent repression which gripped the country when long-time ruler Omar al-Bashir was ousted.