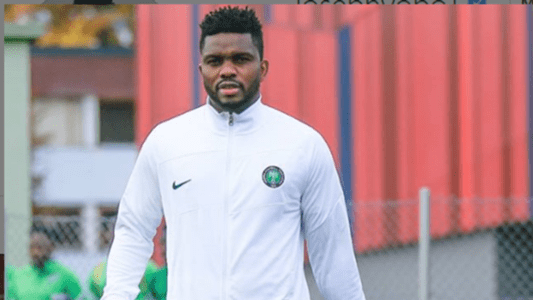 Super Eagles assistant coach, Joseph Yobo and members of the team, including Alex Iwobi and William Troost-Ekong, have reacted to their defeat against Algeria.

A goal by Ramy Bensebaini, who forced in a rebound past goalkeeper Maduka Okoye, with just six minutes on the clock, was enough for the win.

In an Instagram post after the gane, Yobo, who recently joined the Nigeria team as a member of the coaching crew of Gernot Rohr, said the team would keep improving.

”Sticking together as a team! Not the results we wanted but we’ll take the positives from the game last night and keep improving. Better days ahead!,”Yobo posted on Intagram.

On his part, Iwobi, who created some chances in the game but failed to score, wrote on his Twitter: “Wasn’t The Result We Wanted But We Gave It Our Best.”

Defender and captain Troost-Ekong also wrote: “Not the result we wanted. But a good fighting spirit from the boys. Congrats to the ones who made their debut last night. 🇳🇬🦅 #TogetherWeStand.

The Gernot Rohr side will take on the Carthage Eagles of Tunisia in their next friendly on Tuesday at the Jacques Lemans Arena.