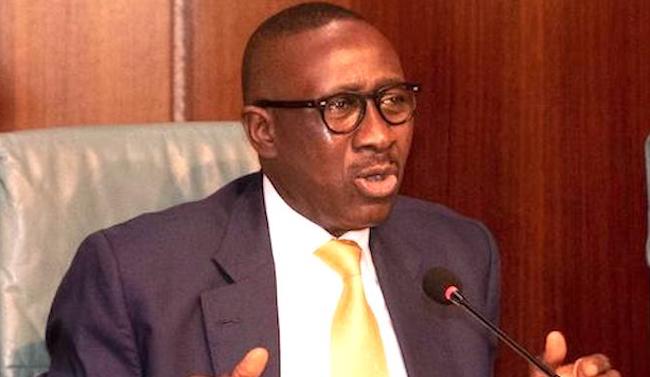 The Human Rights Writers Association of Nigeria (HURIWA) has criticised the Federal Government and the National Security Adviser, Babagana Monguno over recurring terrorist attacks particularly in the North-West of the country.

This was contained in a statement issued by the HURIWA Coordinator, Emmanuel Onwubiko on Wednesday.

The organisation accused the NSA of dishonesty over the “deliberately ambiguous list of the so-called financiers of terrorism in Nigeria that was lavishly reported in the media even when he never listed the over 200 alleged Bureau De change operators reportedly charged before the Federal High Court for terrorism financing.

In response, HURIWA said the NSA’s position was irrelevant, insisting that “it was laughable that the Federal Attorney General and Minister of Justice Abubakar Malami who has been singing daily in the media and making all kinds of allegations against the detained leader of the pro-secessionist Indigenous People of Biafra (IPOB), Mazi Nnamdi Kanu has so far failed to release the identities of the over 200 Nigerians said to have been dragged to the Abuja division of the Federal High Court for financing Boko Haram terror attacks.

“The attitudes of the top officials of the current administration demonstrates deliberate cover-up and the deficit of the will-power to eliminate terrorists in the North which is the reason for the proliferation of attacks including the killing of a Kaduna based Pastor and a member of the Kaduna State House of Assembly.

“Let the truth be told, the Federal Government is unwilling to combat terrorists of Northern extraction for whatever reason that totally offends the constitution of Nigeria. This is a government that is in unholy communion with terrorists so can not fight terrorists.”