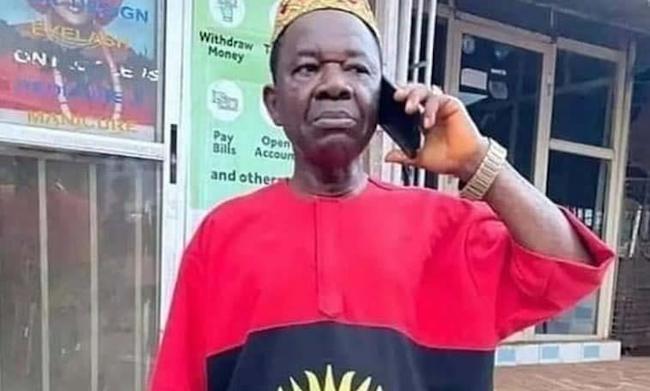 The Human Rights Writers Association of Nigeria (HURIWA) on Saturday knocked the Department of State Services (DSS) and the Nigerian Army over the treatment meted out to the Nollywood actor, Chiwetalu Agu.

Agu was arrested by the Nigerian Army on Thursday in Onitsha, Anambra, for allegedly canvassing support for the Indigenous People of Biafra (IPOB).

He was released by the army on Friday but picked up a few hours later by the secret police for questioning on the matter.

However, in a statement titled: “Chiwetalu Agu: HURIWA accuses military, DSS of ethnic profiling,” issued by its National Coordinator, Emmanuel Onwubiko, the group described the actions of the security agencies as “unfair.”

The statement read: “The military and the DSS have clearly shown their inclinations towards ethnic profiling because on more than one occasion the Kaduna-based Islamic cleric Sheikh Ahmad Gumi was seen holding nocturnal meetings with the terrorists who kidnapped many school children and held them hostage for months in the forests.

“ But despite the obvious evidence that the said Ahmad Gumi made many television and newspaper appearances and granted extensive interviews including the one that he accused the military of helping to weaponise terrorists in the North-West, there was never any attempt on the part of the DSS or army to invite him or arrest him for these treasonous acts of fraternizing and colluding with terrorists.

“But the Igbo actor, Chiwetalu Agu, wore just a cloth with the flag of the defunct Biafra Republic which is not unlawful but the army tortured him and thereafter handed him over to the DSS and the DSS is now saying that justice would be done and we ask, which justice? This is pure ethnic profiling and vendetta which is unconstitutional.”