Home » Latest » I have no problem with Okorocha —Uzodinma 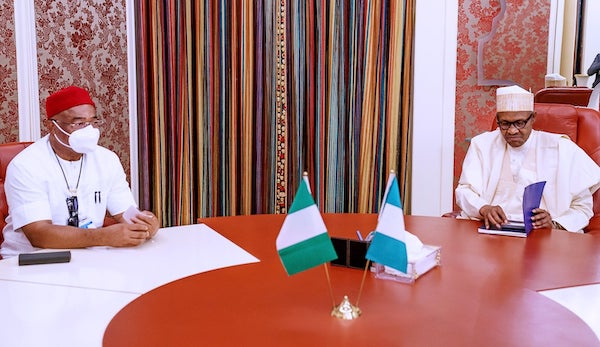 In a chat with State House correspondents after a meeting with President Muhammadu Buhari at the Presidential Villa, Abuja, Uzodinma insisted that he had no rift with the former governor.

He, however, stressed that Okorocha should recognise that he was now the governor of the state.

The governor said: “On the issue of Okorocha, the former governor, he is my very good brother in who I am well pleased.

READ ALSO: Why I fell out with Okorocha —Uzodinma

“I have no issue with him; the only thing is that he is now the former governor and I am the current governor and once we understand that, we don’t have any issue.”

Uzodinma disclosed that he was at the State House to seek the president’s intervention on the erosion problem in Imo State.

On the zoning of presidency ahead of the 2023 general elections, he argued that the arrangement should be done on a party basis and not tribal basis.