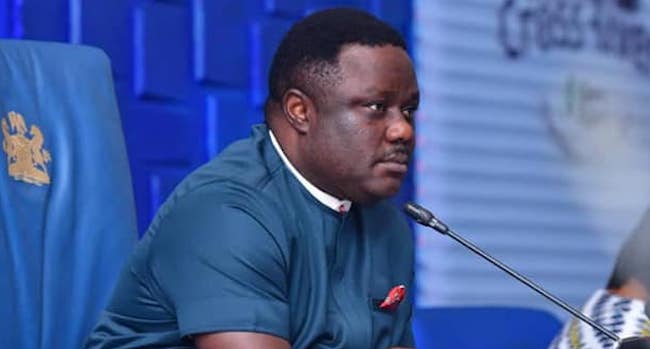 Cross River State Governor, Ben Ayade, has explained why he has not joined other southern governors to sign the Anti-Open Grazing bill, as agreed at a meeting of the Southern Governors Forum earlier in the year.

Ayade, while addressing journalists at his office on Friday in Calabar, the state capital, described the anti-open grazing law as draconian and might lead to war in Nigeria.

The Governor, who described herdsmen as his “brothers from the North”, warned that if such laws fail to consider the concerns of herders and farmers, it may lead to anarchy and endanger the entire country.

He disclosed that his government would come up with an Open Grazing Management Law that would accommodate both the farmers and herders’ concerns as making herders’ business illegitimate by signing the law was insensitive.

“You have a responsibility as an educated person. We sit in the office and that’s why even though certain governors have made it clear that governors must pass the anti-open grazing law, I have not, because I’ve found a solution to it.

“My herdsmen brothers of north or south extraction, to shut down their trades, stay confined in a place whether they have a pasture or not, it doesn’t matter to me.

“So, if I have a brother from Yobe State in a semi-arid condition with no grass and having no money to do irrigation to sustain his pasture, will I make his business illegitimate, shut him down and close him from survival?

“That is insensitive. What I think is anarchy, a deliberate invitation to war. That is inviting the nation into war.

“I ask myself if indeed open grazing is coming with this consequence? The sociology and anthropology are unacceptable and we must find a way to create means and balance between the herders and the farmers. That’s the essence of being a leader.

“So before I pass the law, I decided to pull back and find a solution. That is why in Cross River, we’re coming with an Open Grazing Management Law.

“I think morally, ethnically, it is unacceptable to prohibit a trade that existed before I was born. I’ll rather find a way to modulate it so that it will meet the definition of modern animal farming or husbandry. I think because it’s a profession, a business, it’s also a fundamental right of people to do the business.”