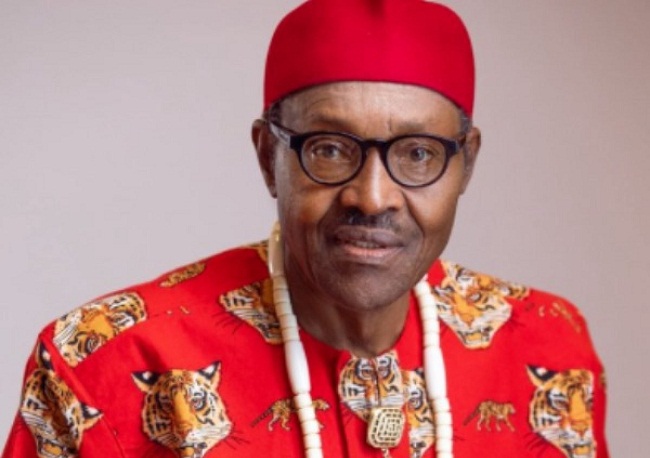 He appeared surprised that some Igbos were pushing the calls when the generality of the people were doing quite well economically in every nook and cranny of the country.

His thoughts have provided fuel for mainstream conversations on the Nigerian project. Two other stories from the Aso Rock Villa also captured our attention.

On September 9, President Buhari pondered why some Igbos are agitating for separation, saying that it is “unthinkable” for any Igbo not to see himself as a Nigerian.

Speaking at a town hall meeting with South-East leaders during his one-day official visit to Imo State, Buhari said: “The fundamental thing about the Igbo people is that there is no town you will visit in Nigeria without seeing the Igbo being in charge of either infrastructure or pharmaceutical industry. Therefore, it is unthinkable for me that any Igbo man would consider himself not to be part of Nigeria.”

Sure, the President was on point in his assessment of the prime place occupied by Igbos in the country’s socio-economic life.

His puzzling remarks on why the Igbo ethnic group should be more than satisfied and not foment trouble, however, beggars the issue.

First, critics argue that his views fits into the jaundiced narrative being sold to Nigerians that some sections of the country are born to rule while others should simply mind the sectors where they are perceived to dominate.

Secondly, it is also held that it portrays the President as being blinded to the harrowing cries of injustice and inequity across the land which have have given vent to vociferous demands for separation and, oftentimes, clamour for a restructuring of the Nigerian federation.

It might not be totally out of place to posit, therefore, that the President missed a golden opportunity to assuage frayed nerves, as his disposition appears only to caution Ndigbo against demanding good governance, justice and equity.

President Buhari, on September 10, begged striking resident doctors to return to their duty.
He made the plea when he hosted the leaders of the Nigeria Medical Association (NMA) in Abuja.

Buhari said: “The lives of citizens that could be lost or damaged when doctors withdraw services, are precious enough to worth opting for peaceful resolution of differences.”

“Embarking on industrial action at this time when Nigerians need you most is not the best action to take, no matter the grievances,” he added, assuring that all outstanding benefits owed the medical doctors would be paid.

Buhari’s appeal to the striking doctors is not enough. It would amount to no good to pacify the Nigerian Association of Resident Doctors (NARD), and have them embark on another industrial action a few months later.

No doubt, a more sustainable response would be to resolve the root causes of the incessant strikes and return the country’s health sector on the path of progress.

At the moment, the massive brain drain, and suffering of patients at different government hospitals, should serve as enough impetus to act rightly and judiciously.

Strikes can only help worsen the already bad healthcare system in the country, especially now that the COVID-19 pandemic, and other dreaded diseases, are tormenting citizens.

On September 9, President Buhari condemned the recent coup d’état in the Republic of Guinea, and called on the Economic Community of West African States (ECOWAS), to pursue proactive steps to prevent further occurrence of such in the sub-region.

Among others, he had said through the Vice President, Professor Yemi Osinbajo, at a virtual Extraordinary that: “What happened in Guinea is a brazen disregard for the provisions of ECOWAS Protocol on Democracy and Good Governance…The unconstitutional seizure of power in any shape or form is simply unacceptable.”

Buhari’s gestures on the coup in Guinea speak to a universal position that frowns at autocracy and fiercely encourages popular will in the emergence of any leadership in the political affairs of countries.

What the President must do to defend this global standard is not to pontificate over violent seizure of power but work hard to ensure that the conditions that drive these demands for change are eradicated or, at best, ameliorated.

President Buhari must not only preach but be seen to act true to his sermons on good governance, justice and equity.