I’m not happy with the behaviour of Fulani herdsmen, their lack of education is driving them into banditry- Ganduje | Ripples Nigeria 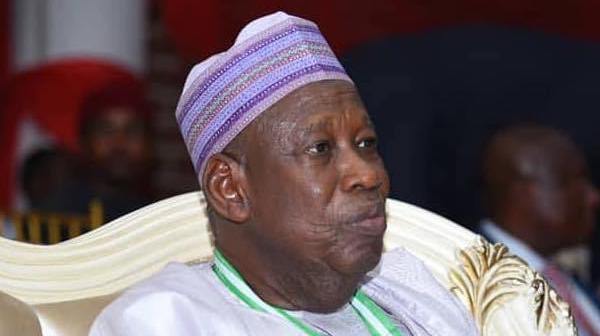 Kano State Governor, Umar Ganduje, has expressed sadness over the behaviour of Fulani herdsmen, saying that their lack of education is driving them into banditry.

He said, “I am not happy the way they behave too because of their lack of education, which is gradually graduating into banditry. I am not happy”.

The Kano governor also spoke on the Ruga settlement controversy, saying the programme should only be implemented in states where Fulanis are indigenes.

Ganduje said that the Ruga should not have been the programme of the federal government but rather for any states with the interest of the Fulani herdsmen whose economic relevance is not in doubt.

He made this remark while addressing reporters in Sokoto after attending the wedding of the son of the former Governor of Kano State, Senator Kabiru Gaya in Sokoto on Saturday.

He said, “I think the suspended programme was really misunderstood. Ruga is supposed to be for a state where Fulanis are residents; you cannot implement Ruga where the indigenes are not Fulani.

“The programme should be for those states that will cater for Fulanis, and the issue of herdsmen should be that of social-economic issues and not a social-cultural issue.

“That is why in Kano state, we decided to develop a grazing area in the form of Ruga system where the Fulanis will be in one place and can be monitored.

“They will get all other social services that are being provided for the people of Kano State which includes health, hospital, security, and education. Not only that, their businesses would be improved upon so that they can produce more nutritious milk for the people.