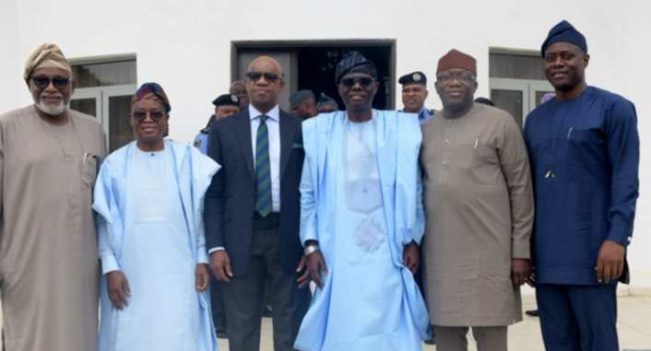 A regional patrol to curb insecurity in the Southwest geopolitical zone is set to kick off with the donation of 20 vehicles per state by five states in the zone, Governor Dapo Abiodun has said.

According to a statement on Monday, the governor stated this during a fundraiser for Ogun State’s Security Trust Fund in Abeokuta, the state capital, adding the five states have concluded plans for the donation of the patrol vehicles to their proposed regional security outfit, Amotekun.

The Ogun State governor further disclosed that the joint patrol team was to ensure the security of the entire South-West region.

Abiodun said: “In conjunction with the Development Agenda for Western Nigeria Commission, the five South-West states have agreed to set up a joint patrol team that will be called Amotekun.

“Each of the state is required to donate at least 20 patrol vehicles, communication equipment and personnel to the task force. The personnel will be recruited from the police, army, vigilance groups and hunters.”

The governor, who said the Ogun State would soon start citizens registration to enable proper planning, decried the lack of communication system for security agencies in the state.

He said: “It is shameful that our security agencies do not have a communication system or equipment within the state, meaning that the Commissioner of Police cannot speak with his counterpart in the military, Department of State Services or worse still, he cannot speak with his Area commander, Divisional Police Officers of police stations across the state. Their vehicles are not functioning very well; no tracking devices, no enough finance; so, we are looking at correcting those anomalies with our security trust fund.”