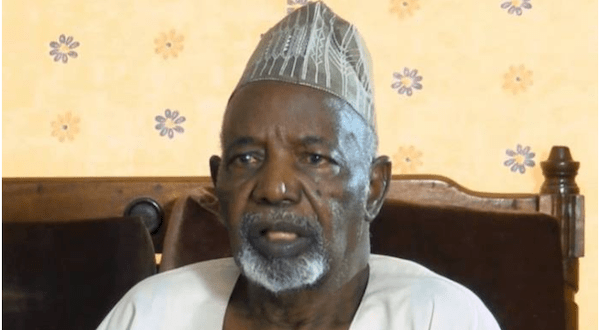 Chairman of the Board of Trustees (BoT) of the Peoples Redemption Party (PRP), Balarabe Musa, has condemned recent activities of the proscribed Indigenous People of Biafra (IPOB).

He said the group has started to breed enemies for the South-East and making the support for the region to produce the president in 2023 difficult.

In a statement this weekend, he said, “IPOB are now breeding enemies for the South East. We are campaigning for the presidency to go to the South East, even though zoning was introduced by the Peoples Democratic Party (PDP) that we are opposed to.

“It is good for us as a country because it gives every person and area a sense of belonging.

“So we support the zoning and we are saying the presidency should go to the South East and we have our reason. Now, they are making our job even more difficult and they are not helping even the people in the South East .”

“They are now spoiling the little sympathy they have by doing what they did. It is uncalled for, the person they attacked is an individual, not an organisation. I think it’s wrong for them to have done so.

“They are also making it difficult for us. Even though we are opposed to them as a separatist group, we have sympathy for them because of their grievances.

“But this mindless violence is making them to lose sympathy. I expect them to be concerned with organisations, not individuals; they should engage individuals with reasons. They should stop this violence.”

The South-East has been clamouring for the zoning of the presidency to the region in 2023.

The region’s argument is that as one of the major groups in Nigeria, it should also be allowed to produce the president of the country as other major groups.