‘Is he the Buhari we used to know, whose word was his bond?’ | Ripples Nigeria 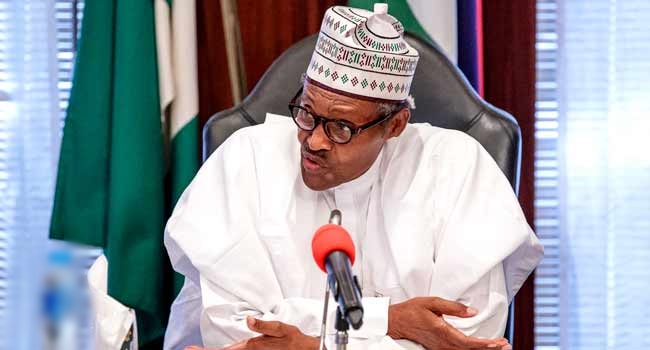 Former ally of President Muhammadu Buhari, Buba Galadima, has described the All Progressives Congress (APC) led Federal Government as desperate and ready to do anything ‘under the sun’ to remain in power.

He wondered if the President is still “the Buhari that we used to know that his words were his bond?”

He stated this in an interview on a Channels Television’s political flagship programme on Sunday in response to President Buhari’s decision to reject the 2018 Electoral Act Amendment Bill.

Buhari had last week rejected the Electoral Act Amended bill for the third time on the excuse that signing it at a time election was almost at hand may cause some problems.

But Galadima, who condemned the President’s action said, “This government is a government that is desperate; that wants to be in power by all means. There is nothing under the sun that they cannot do,” he said during his appearance on Sunday Politics.

“The President doesn’t have that prerogative. It is not personal, it is a constitutional issue. It is a Nigerian issue and any patriotic Nigerian would assent to something that will bring benefit to Nigerians, will bring about credible election, free and fair election, level-playing field.”

Galadima had led some members of the APC to form new-APC. The new APC later teamed up with more than 40 other political parties to form Coalition of United Political Parties (CUPP), whose sole objective is to wrest power from Buhari.

The coalition had only recently adopted presidential candidate of the Peoples Democratic Party (PDP), Atiku Abubakar as their consensus candidate for the 2019 presidential election.

According to Galadima, who is currently also one of the spokespersons the PDP presidential campaign, Buhari’s rejection of the bill was part of APC plot to rig the general elections in 2019.

“I know as of fact and I have said so several times over for the last one year that Buhari will never sign the Electoral Act (Amendment Bill).

READ ALSO: We thank ‘patriotic’ Obasanjo for alerting Nigerians to the ‘dangers’ posed by Atiku– APC

While he claimed that Buhari “has nobody to vote for him,” Galadima accused the President of lacking integrity and wondered, “Is he not the Buhari that we used to know that his words were his bond?”

He urged Nigerians, relevant stakeholders and the international community to insist Buhari signs the Electoral Act Amendment Bill into law.

PDP insists Kashamu not its Ogun gov candidate, dubs him a paid agent to destroy party