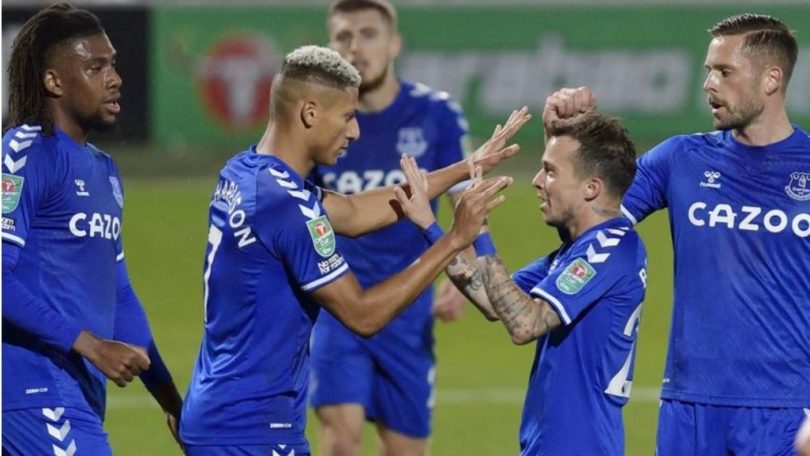 Super Eagles forward, Alex Iwobi hopes he will get to play more often under manager Carlo Ancelotti after his performance on Wednesday night.

The 24-year-old scored a goal and bagged an assist in his first start this season to help Everton secure a 5-2 win over Fleetwood Town in the Carabao Cup.

Having missed the club’s opening two games of the campaign due to injury and starting from the bench against West Bromwich Albion last weekend, Iwobi is fired up for more playing time.

“Our performance tonight showed the confidence and the quality we have,” Iwobi told Sky Sports.

“We’ve got strength in depth and were able to rotate the team and get a performance today so it shows we have a good team for the season.

“It was a good experience for me to get 90 minutes under my belt as I’m trying to get fit for all competitions so it was good for the manager to give me the opportunity today.

“Everyone wants to play so hopefully I can give the manager a migraine and get involved as – much as I can.”

Everton have started their season well, by winning all four games so far, and have now reached the fourth round of the Carabao Cup.