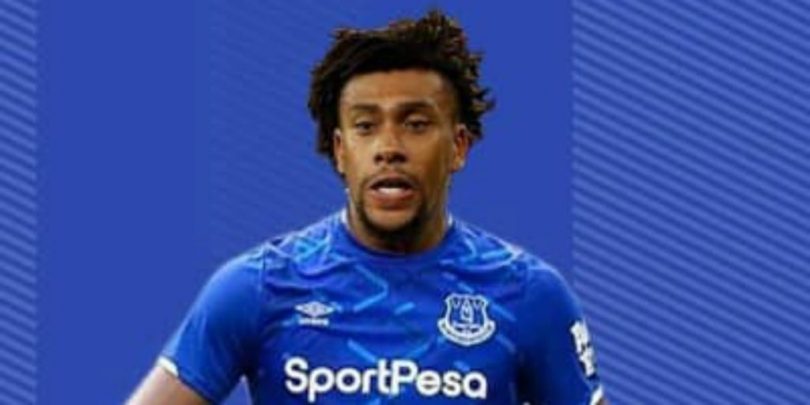 Former Super Eagles star, Ifeanyi Udeze has called on Alex Iwobi to begin his search for another club as he might have difficult times at Everton.

Udeze’s concerns came after Iwobi was left out in Everton’s Premier League season opener against Tottenham on Sunday.

Iwobi was neither in the starting lineup nor on the bench for the Toffees as they clinched a 1-0 victory over Spurs in London.

New signing, James Rodriguez, who played in Iwobi’s position, put up an excellent display for the Carlo Ancelotti team, and is set to make Iwobi’s playing time reduce drastically.

“I think Iwobi should look for another club, especially with James Rodriguez signed, it will be difficult for him to play [at Everton],” Udeze said on Brila FM.

“Imagine against Tottenham he did not make the bench and even the squad. So for me he should start looking for another club.

“It’s painful for me but as it is I think the best thing is for him to go elsewhere.”

Iwobi completed his move to Everton last year from Arsenal after the Gunners employed the services of Nicholas Peppe from Lille.

He made 25 appearances last season for the Toffees, scoring one goal.