Home » Graffiti » June 12: The Letter MKO Abiola would have Written to Buhari 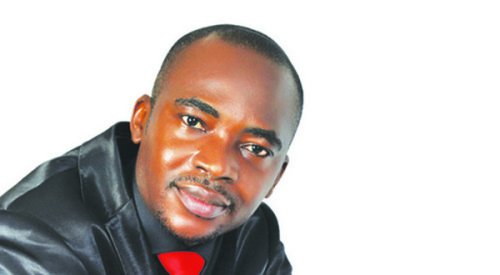 Following announcement by President Muhammadu Buhari that the Democracy Day holiday that usually holds every May 29, in commemoration of the Day that effectively marked the end of military rule in Nigeria leading to successful handover to civilian authorities, has been moved to June 12, being the date the late Chief Moshood Kashimawo Olawale Abiola contested and reportedly won the June 12, 1993 presidential election, and conferment of the nation’s highest honour, Grand Commander of the Federal Republic, GCFR, on him, meanings have been read into it and many have wondered if MKO Abiola would have accepted the offer by Buhari if he was still alive.
Abiola was a well known, highly respected and celebrated philanthropist, detribalized Nigerian who was non-discriminatory in his association with the major religions in Nigeria. It was then little wonder that when he contested the election in 1993, Nigerians from all walks of life irrespective of tribe and religion voted massively for him.
Below is the kind of letter I imagine Abiola would have written to Buhari with regard to the honour bestowed on him.

It was with profound humility and heartfelt gratitude that I received the news of your decision to bestow upon me our great country’s highest honour, the Grand Commander of the Federal Republic, GCFR, alongside my running mate at the 1993 presidential election, Alhaji Babagana Kingibe, as GCON, as the acclaimed winners of that historic election.

Since the announcement was made I have been inundated with calls, messages and visits by family members, friends, associates and Nigerians in general, some of who congratulated me for the rare honour done me as they see, and rightly so, this honour as the just and fair culmination of my personal, collective and long struggle for the emancipation of Nigerians from abject poverty, injustice, insecurity, massive infrastructural decay, endemic corruption and such other socio-political and economic malaise that have bedeviled our nation from independence but which has become worse in recent times without any hope to turn the situation around.

While many have continued to congratulate and rejoice with me, many more have asked if I would accept the honour considering that the principles and vision that compelled me to throw my all into the murky waters of Nigerian politics despite my globally acknowledged success in business have continued to elude our good people and nation.

If anything, ‘Hope’ which was the slogan of our campaign then has been totally obliterated from the psyche of Nigerians today. Our people from all walks of life threw away their fault lines, jettisoned their ethnic and religious differences and voted massively for us in that election, even though it was a Muslim/Muslim ticket, as an indication of their resolve to confidently and firmly place their hope in me, a man they saw as one of them and freely associated with, for a better nation. I have therefore spent the last few days in solemn reflection and sober consultation with my Creator on the right decision to take at this time.

All my life, I have always stood for justice, equity and fairness to everyone irrespective of tribe and religion, virtues that are not difficult to see in my businesses. The truth is that our country has never been so divided as she is today under your watch.

Recall that the same goodwill that attended my election in 1993 was again on display in 2015 when Nigerians decided to also place their hope in you for a better nation. When you came on board as president of our dear country, I had no doubt whatsoever in my mind that you had all it takes to rebuild the nation and move it forward from where you met it and even create an atmosphere where it would be possible for Nigerians to vote for a Christian/Christian or Muslim/Muslim ticket without much ado.

But never did anyone ever think that your promise during the campaigns to fight corruption would not only be selective, adorned with media drama and razzmatazz but also viciously executed without prosecutorial decorum or processes and flagrant display of executive power, a situation that has seen so many high profile corruption cases lost in court where it matters most.

While I commend you for attempting at all to fight corruption, I am sad to remind you that the selective fight against corruption is the chief of corruption. I have observed with grief how many politicians who had corrupt cases against them before you became president seem to have suddenly become lords and dons again once they defect to your party, the APC.

I have been wondering when your administration will have the courage to prosecute the immediate past Secretary to Government of the Federation, SGF, Mr Babachir Lawal, who was indicted by a presidential panel for allegedly diverting funds meant for victims of the crises in the north east. I have also wondered about how the pension scam fugitive, Abdulrasheed Maina, had found his way back into the country allegedly on the invitation of officials of your government and rewarded with double promotion until the whole thing was exposed to the country by patriotic Nigerians. More worrisome was how the said Maina was allowed to leave the country a second time so conveniently without him being arrested.

As a man who had also suffered the infamy and incurable pain of being incarcerated without due process, I am most grievously reminded of my own past grim situation during the military era at a time I seem to be healing with several Nigerians unlawfully held in custody nationwide. It is sad that although I believed you to be a born again democrat having ruled as a military dictator in the early 80s, your actions towards our constitution and courts are, to say the least, an affront to the rule of law, and an indication that you still carry the traits of dictatorship 35 years after. Never has our democracy been so threatened by officials of government than it is happening now. To say that your selective obedience of court orders leading to the illegal and protracted incarceration of fellow citizens is the greatest threat to our democracy is to state the obvious.

The Sambo Dasuki and Sheikh El Zakzaky cases are two classical ones that will continue to depict you as vengeful and vindictive, attributes that are alien to true leaders and good Muslims of which I am proudly one.

Following this is your lopsided appointments which favour your kinsmen and those who share the same religion with you against the need to balance such appointments in the midst of our many complexities including our ethnic and religious diversities.
Your protracted cantankerous and fractious relationship with the legislature is not a virtue on your part; your condescending actions towards the judiciary are equally not right. These have definitely affected good governance adversely. Should you have any reservations about actors in these other arms of government, our constitution has made ample provisions for dealing with such members/institutions without heating up the polity unduly. To unleash executive powers on these institutions the way you have done makes me cringe with irritation.

The worst signs of the gradual disintegration of our nation into oblivion are the persistent killings of innocent Nigerians and the continued sacking of communities by Fulani herdsmen terrorists and other militia groups nationwide particularly in Benue, Taraba, Zamfara, Nasarawa, Kaduna etc, without any resistance or challenge from your government. What we have heard from your government are excuses and lame explanations as to why the killings would continue even when the killers are well known and have boasted several times of their murderous escapades in the media including on national TV. I must say without equivocation that such would never have happened under my watch as president. It is an aberration and dereliction of duty for Nigerians to be mercilessly and continually hacked down in their thousands by a band of common criminals as if we do not have a government.

It is noteworthy to remind you at this point that late Chief Gani Fawehinmi and Chinua Achebe had had cause to reject national honours in the past based on principle. If I do that today, I would only be joining these worthy sons of our land in saying loud and clear that titles, no matter how high sounding and elevating, cannot buy my conscience.
Writing on the reason for rejecting the honour the first time under President Olusegun Obasanjo, (Achebe rejected it twice) Achebe had written, “For some time now, I have watched events in Nigeria with alarm and dismay. I have watched particularly the chaos in my own state of Anambra where a small clique of renegades, openly boasting its connections in high places, seems determined to turn my homeland into a bankrupt and lawless fiefdom. I am appalled by the brazenness of this clique and the silence, if not connivance, of the presidency”. I align myself totally to Achebe’s submission then as it applies to our country today where herdsmen and militias boasting of connections in high places have turned our nation to a lawless fiefdom. I am also appalled by the silence and pussyfooting of the presidency on these killings.

Although many of my family members, friends, associates and supporters have been jubilating and thanking you for this honour, let me state clearly that like late Chinua Achebe and Gani Fawehinmi, I am not a man to be easily swayed by honours or awards from whomever no matter how highly placed, and the loud jubilation that follows them on my behalf.

In rejecting this honour with profound respect for you and the office you occupy, let me paraphrase the great Gani Fawehinmi in his letter to the president that first conferred on him a national honour thus, “A government that covertly or overtly encourages the killing of its citizens has no honour in its arsenal of power to dispense honour. Consequently, I reject the ‘dishonour’ of the Grand Commander of the Federal Republic (GCFR) termed ‘honour’ given to me by the Federal Government”.

I cannot allow myself to be used to score cheap political points when the rights of citizens are also daily being viciously breached by your government and its agents and when some of the Chibok girls, Leah Sharibu the Dapchi girl and many other Nigerians are still in the captivity of Boko Haram and kidnappers operating with reckless abandon on our highways and other places.

Thank you and God bless you.