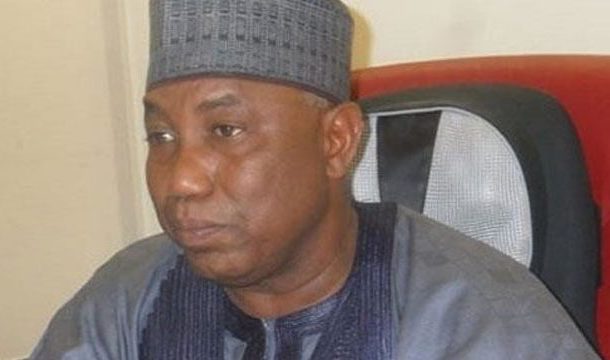 Senator Kabiru Gaya has declared support for Ahmad Lawan’s Senate Presidency bid, stating that they would make a good team.

Gaya who is contesting for the position of Deputy President of the Senate, expressed that though the All Progressives Congress (APC) had not made its position known on who to endorse for the position, he was optimistic to be chosen by the party.

While briefing newsmen on Friday in Abuja, the senator addressed concerns that he might not get the party’s endorsement because he is from same region as President Muhammadu Buhari.

He stated that there is no fear of lopsidedness or marginalisation of other regions because the party has zoned Speakership of the House of Representatives to the South West.

He said he was not against lawmakers from the South being prominently represented in the senate.

Gaya, however, stressed that he worked tirelessly during the general elections to ensure that APC won in almost all local government areas under his constituency and should be considered.

“The party has not zoned the position yet but I think it should look inward”,

“On the fear of lopsidedness, we have senate president zoned to the North and speaker to the south, so I think deputy president of the senate coming from North West is fair enough.

“I am not denying anybody from the South from being in our team but for the position of Deputy Senate President, I think it should be given to South West.

“Besides in the National Assembly we do not talk region, party or religion. We are senators of the Federal Republic of Nigeria and that is what matters,” he said.

He further said, “In terms of experience, I think I am well placed to take the position, being a ranking senator and former governor among other advantages that I have.

Gaya, however, said he was fine with any decision the party came up with, adding that he would take it in good fate should the party not endorse him.